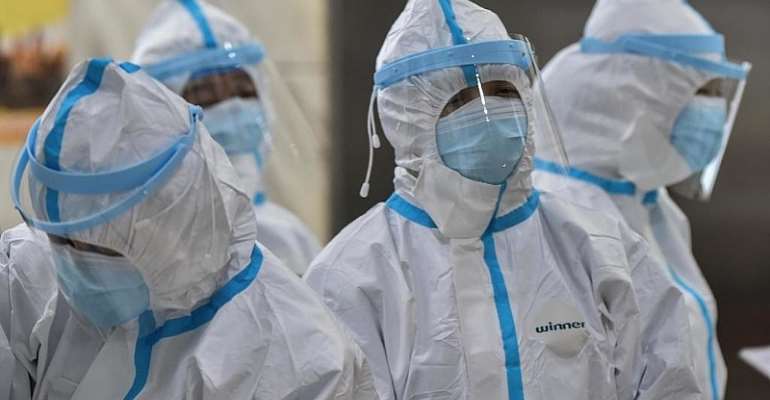 African states are on high alert over a potential spread of the novel coronavirus because of the huge volume of traffic between China and the African continent. As a result, they have tightened screenings at airports and border controls.

In Côte d'Ivoire, Kenya and Mauritius, three travellers from China are in isolation  awaiting results of the tests. Even though there have been no confirmed cases of novel coronavirus reported so far, the number of people traveling between China and Africa is so high that the authorities do not want to risk the spread of the virus onto their territory.

On the small island of Mauritius, five thousand travellers from China visit the country each month - approximately 500 per day. The ministry of health on the island told RFI that six Chinese tourists from Wuhan are currently in quarantine and one is in isolation. All travellers coming to Mauritius from Wuhan city and Hubei province will be quarantined.

China-Africa dense traffic
For many African states, China is Africa's main trading partner while students and tourists also travel back and forth. According to Dr John Nkengasong, the director of the African Center for Disease Control and Prevention at the African Union in Addis Ababa, this has increased air traffic between China and Africa.

“Ethiopia alone counst about six flights that leaves Addis Ababa everyday. Knowing how quickly virus spread across the world, there is no doubt that the continent is at high risk because of the large movement of people between Africa and China,” Nkengasong told RFI.

“We know that a lot of Liberians go back and forth to China. We're not saying do not go to China but we say if you don't have to go at this particular time you shouldn't go.That will be a way of protecting yourself.”

Means to fight coronavirus
Some countries in Africa are better equipped than others to fight the novel coronavirus as they have an efficient early detection system at airports or border controls.

Nkengasong said that fragile states such as Somalia, however, will find it difficult to mount an effective response.

“Others, like South Sudan, are just emerging from crisis, they will find it challenging to respond [to the coronavirus],” he said. “South Africa, Morocco, Tunisia, Ethiopia or Kenya are in a better position to respond to this outbreak than others.”

Countries like Sierra Leone or Liberia, have had to fight the Ebola epidemic in 2014 and 2015. As a result, they know how to deal with an outbreak.

“They are more alert”, said Christian Lindmeier a spokesperson for the World Health Organisation in Geneva. “But this coronavirus is different [from the Ebola virus].”

According to Dr Mosoka Fallah, the director of Liberia's National Public Health Institute, the structures that were built during the Ebola outbreak, five years ago, are currently being used to “prepare for the coronavirus even though they are two different strains”.

“At our airports, we are checking all people coming from China. We also have a database of everyone who has been in China since December and we are trying to track them down to see how they are doing,” he added.

Lack of communication
Liberian authorites are in constant communication with the WHO country office and also liaising with ECOWAS to gather information on how the situation is evolving in West Africa.

WHO has country offices in most African states and they cooperate at a ministerial level to build up the country's health system.

“We are always ready to respond to any demand. The emergency committee is giving recommendations on the best protocol to follow and how to protect the medical staff,” said Lindmeier.

Apart from WHO's technical support, Fallah says Liberia is managing this crisis on its own, with no outside support. The ministry of finance is examining whether a budget needs to be earmarked to meet the needs of the crisis.

Fallah said that Ghana and Sierra Leone are the two entry points in West Africa for travellers from China. But he deplores an absence of communication among West African countries, namely its neighbour Sierra Leone.

“I've sent a couple of communications [to Sierra Leone and Ghana] suggesting to them that they initiate a communication among the countries but I am yet to hear from them,” he told RFI.