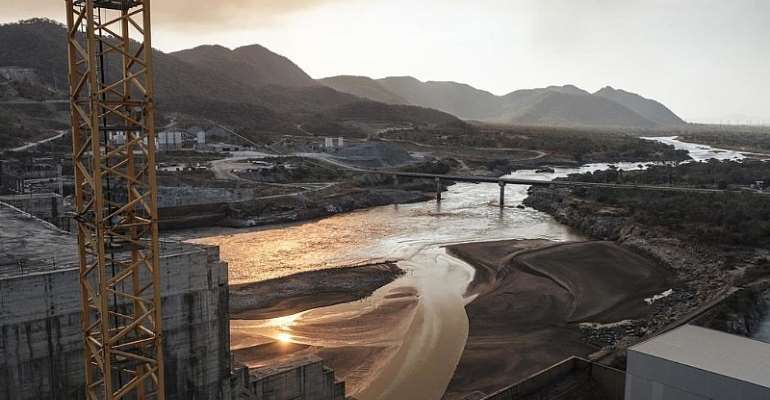 Foreign ministers from Egypt, Ethiopia and Sudan gathered in Washington on Tuesday for last-ditch talks on the Renaissance Dam, which have led to bitter recriminations between Cairo and Addis Ababa.

After several failed negotiations, the foreign ministers from Egypt, Ethiopia and Sudan gathered in Washington on Tuesday for a last-ditch attempt to reach a final agreement on the Renaissance Dam.

Ever since Ethiopia announced its intention to go ahead with the construction of the 145-metre-high, 1.8-kilometre-long concrete colossus in 2011, it has caused a rift between Addis Ababa and Cairo.

Ethiopia wants the dam to boost its electricity supplies in mostly rural areas and revive the economy. Egypt sees the dam however as an existential threat, because it relies on the Nile for 90 percent of its water supply.

The last meeting in mid-January, also mediated by the United States, ended with a draft deal on the filling and operation of what would be Africa's largest hydroelectric project.

What is at stake now is how to nail down the technical details.

"Two years ago, the speeches that we heard from riparian countries was very tough," he said referring to Egypt, Ethiopia and Sudan whose populations live along the Blue Nile River, a tributary that contributes 85% of the Nile waters.

US mediation
"This year, after the mediation of the United States, we've heard the riparian countries talk about applying a new vision of equitable sharing, we have never heard that before," he told RFI.

In the draft deal, Ethiopia agreed that it would fill the dam in stages during the rainy season. The move was seen as a compromise on its earlier intention to start generating electricity as soon as possible.

Cairo fears that if filled too quickly the dam could disrupt its drinking water.

For years, critics have worried that the Nile basin countries could be drawn into a conflict if the dispute is not resolved.

While, the talks in Washington have made notable progress, they have not yet solved the trickiest question over the Renaissance dam's impact on countries downstream like Egypt and Sudan.

What is needed reckons Unesco's Comair is hydro-diplomacy.

"We need water peace among transboundary basins and riparian nations. It means that one country cannot take 90 percent of the water and leave 10 percent for the downstream countries. So, they should work on equitable sharing," he said.

Water diplomacy
Comair is hoping that the success of hydro-diplomacy in defusing tensions in the Orontes basin, a perennial river in Western Asia that flows north from Lebanon to Syria and Turkey, will also end the Nile dam dispute.

"We started with the Orontes basin ten years ago and we were able to achieve a win-win solution and conclude a very good accord between Lebanon and Syria and Turkey also," he comments.

In that light, it is widely believed that building trust between the three countries and ensuring there is enough political, is a vital step in boosting transboundary cooperation and smoothing the waters.

"I am very optimistic that they will seek a win-win situation between them because the world cannot go through anymore conflict. Water should be a link between people," Comair said.

A final agreement is expected on 29 January.