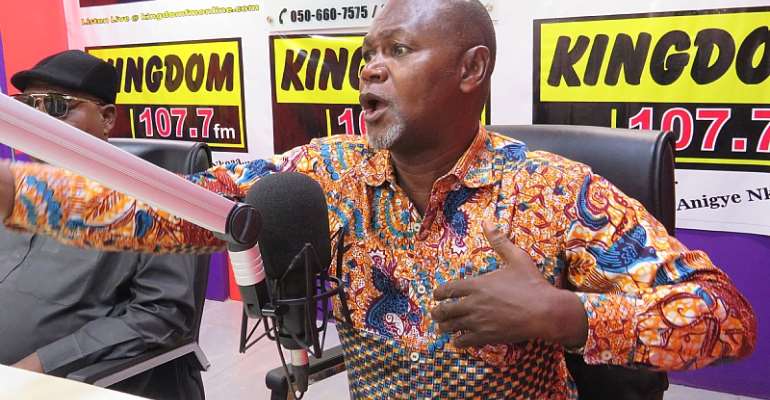 Former MP for La Dadekotopon constituency, Nii-Amasah Namoale says the abandoned ambulances and 'Onuador' Medical Vans brought into the country by the erstwhile Mahama administration is fit for purpose.

According to him, government should use the abandoned 30 ambulances to boost healthcare delivery.

He continued, “Mahama brought these vans into the country six years ago and were to be deployed to the hard-to-reach areas to provide health services to the people of Ghana, but President Akufo-Addo has decided to allow them to rot.''

The ambulances which have been described as “sprinter buses fitted with kitchen panels” are currently parked at the military naval base.

Background
The ambulances, purchased at a cost of about 3.5 million euros, formed part of the first batch of 200 buses which were expected to be procured in 2011 to improve ambulance services.

However, after inspecting the vehicles when they arrived, the Ambulances Service declared unfit for purpose, since they did not come with the necessary equipment and accessories fitted to enable them to function.

The ambulances have been found not to be fit for the purpose for which they were acquired, although Ghana paid a whopping €2.4 million for the transaction.

After the change of government, the Ministry of Health (MoH), after inspecting the ambulances, uncovered some procurement breaches, which were referred to the EOCO for investigations.