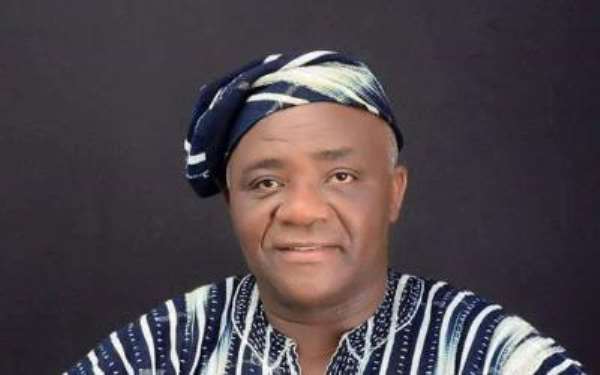 Former Member of Parliament for Mampong Constituency, Francis Addai-Nimoh is unhappy over what he says are deliberate attempts to prevent him from purchasing the New Patriotic Party (NPP) parliamentary nomination forms.

Mr. Nimoh in a letter of appeal seeking to be permitted to purchase a copy of the 2020 parliamentary forms said several attempts to purchase the forms had failed.

The letter was addressed to the party’s Regional Chairman, Bernard Antwi Boasiako and copied to the New Patriotic Party (NPP) Regional Secretary among others.

“I wish to appeal to be permitted to purchase a copy of the 2020 parliamentary primaries nomination forms at the Regional Secretariat. This appeal has become necessary because I am being denied access and obstructed to purchase the said forms at the Mampong Constituency Level of the party,” portions of his appeal letter said.

In 2014, Mr Addai Nimoh picked up nomination forms to contest for the NPP’s flagbearership race.

He and other aspirants, however, lost to Nana Akufo-Addo.

His concerns come days after President Nana Addo Dankwa Akufo-Addo picked nomination forms to seek re-election as flagbearer to lead the NPP into the 2020 general elections.