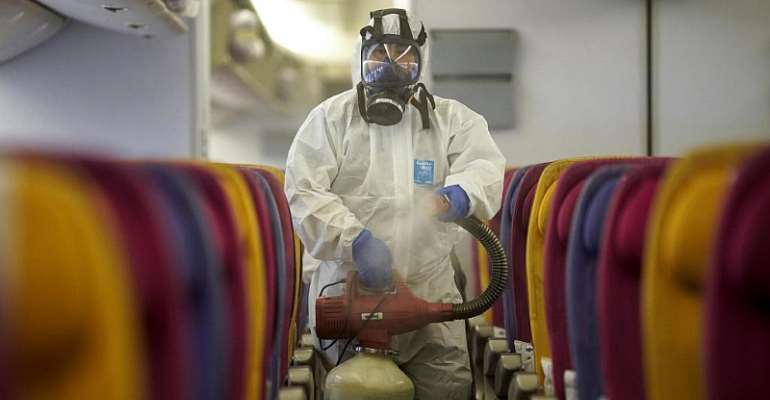 Countries, including France, have begun evacuating their citizens this Wednesday from the Chinese city of Wuhan, which has been hardest-hit by an outbreak of a new coronavirus that has killed at least132 people and infected 6,000 on the Chinese mainland and abroad.

China's latest figures cover the previous 24 hours and add 26 to the number of deaths, 25 of which were in the central province of Hubei and its capital, Wuhan, the epicenter of the outbreak.

Dozens of infections of the new type of coronavirus have been confirmed outside mainland China as well.

A Japanese chartered flight carrying 206 evacuees from Wuhan included some who had coughs and fever on the plane.

They were expected to be taken by ambulances to a Tokyo hospital specializing in infectious diseases.

International effort to evacuate citizens
A plane carrying Americans who had been in Wuhan left for Anchorage, Alaska, where they will be rescreened for the virus. Hospitals are prepared to treat or quarantine people who may be infected.

Then the plane is then scheduled to fly to Ontario, California.

Meanwhile, the British government is warning against “all but essential travel” to mainland China amid the outbreak.

Hong Kong's leader have said the territory will cut all rail links to the mainland and halve the number of flights to stop the spread of the virus.

China has cut off access to Wuhan and 16 other cities in Hubei province to prevent people from leaving and spreading the virus further.

The lockdown has trapped more than 50 million people in the most far-reaching disease control measures ever imposed. *

Containing the coronoavirus
Wuhan is building two hospitals in a matter of days to add 2,500 beds for treatment of patients with the virus.

The sharp rise in infections suggests significant human-to-human spread of the virus, though it could also be explained by expanded monitoring efforts.

Experts worry the new virus may spread more easily than originally thought, or may have mutated into a form that does so.

It is from the coronavirus family, which also can cause the common cold as well as more serious illnesses such as SARS and MERS, which both emerged in the past two decades and are thought to have come from animals.

On Tuesday, Director-General of the World Health Organization Tedros Adhanom Ghebreyesus met with Chinese leader Xi Jinping to discuss the latest information on the outbreak and reiterate their commitment to bringing it under control.