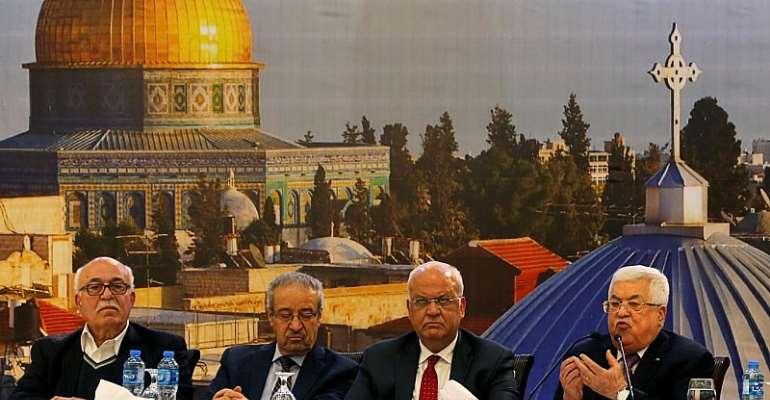 France has said it welcomes U.S.President Donald Trump's latest efforts to strike a peace deal between Israel and Palestinians, adding however that Paris would have to study the proposals closely.

In a statement released by the French foreign ministry, "France welcomes President Trump's efforts and will study closely the peace programme he has presented."

The statement also reiterated France's desire for a two-state solution on Israel and Palestine.

Palestinians reject the proposal
President Donald Trump has boasted that his Middle East plan will find support but most experts believe its unabashed backing of Israel and tough conditions for the creation of a Palestinian state mean it is doomed to fail.

Accroding to Steven Cook, a senior fellow at the Council on Foreign Relations, "the Palestinians have rejected it out of hand as have Israeli settlers who are opposed to any form of Palestinian sovereignty"

Palestinian president Mahmud Abbas has no intention to negotiate the plan and Israeli Prime Minister Benjamin Netanyahu, who joined Trump for the announcement at the White House on Tuesday, appears to be counting on Abbas to reject it.

As the Trump administration spent three years working on the 80-page plan the Palestinian leadership boycotted Trump's efforts, considering him biased after major steps such as recognizing disputed Jerusalem as Israel's capital.

Howver the capital would be in eastern areas such as the adjacent Palestinian village of Abu Dis, with Israel exerting sovereignty throughout the entirety of the holy city..

The plan, spearheaded by Trump's son-in-law and adviser Jared Kushner, freezes Israeli settlements for four years in areas slated for a Palestinian state and would connect the West Bank and Gaza through a corridor with high-speed transportation, one of a slew of economic development promises.

Tactical advantage for Israeli security
The Council on Foreign Relations has said "at a tactical level there are some good ideas, but without the promise of statehood for the Palestinians, they are meaningless."

The Jordan River will become Israel's eastern security buffer with a future Palestinian state, without relocating hundreds of thousands of Israeli settlers in from the occupied West Bank.

The White House says that Israel would not implement it until it approves of the rulers of Gaza, the densely populated coastal enclave led by the Islamist militant movement Hamas.

This essentially means Hamas would have to disarm, renounce violence and recognise the right of Israel to exist.

What choice for Palestinians?
Under the deal, Israeli annexation in the West Bank would become a fait accompli to Palestinians in the guise of a peace plan.

The question is where this will push the Palestinian movement.

Whether intended or not, the plan seems likely to hasten the day when it changes from a struggle for an independent state to a South Africa-like struggle for rights.

Despite the Palestinian rejection, the Trump plan enjoyed an upbeat reception from several US allies in the Arab world, which have found common cause with Trump and Netanyahu in their opposition to Iran.

Egypt, the first Arab state to make peace with Israel, encouraged the Palestinians to "undertake a careful and thorough examination" of the proposal.

Government extends electricity to seven communities in Savan...
11 minutes ago