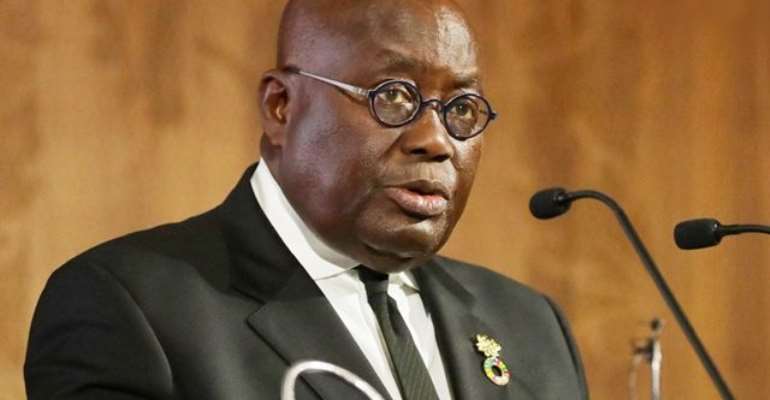 History teaches us that the greatest success in achieving goals are achieved not by those who had more resources, but rather those who knew how to use them with the greatest efficiency.

Efficiency is, therefore, the ratio between the result obtained, the resources used and economic indicator that allows you to measure the actual performance of a government.

However, it seems in Ghana, the section of the population, the NPP politicians and party supporters, only definition for ‘efficiency,’ is the “implementation of free education or the distribution of ambulances, many months after they were delivered in Ghana.”

Why should ambulances be distributed when an election is very close? The answer is simple because Akufo Addo does things to seek praise for himself and for the party but not the people. If he really cares about the suffering of Ghanaians, he should have distributed those ambulances a long time.

In our country, Ghana, are foreign embassies of developed countries, if Akufo Addo wants to know what is efficiency, any of those embassies will provide him with free information because such things are some of the reasons politics in Africa is a mockery to the developed world.

People who are not honest and efficient, blame others for their problems and failures. It’s really shocking and even embarrassing, especially, when you are in any developed country, knowing what NPP politicians are boasting of like efficiency.

The NPP government is similar to a bad farmer that quarrels with his tools, a bad hunter that any time he arrives home without bush meat blames his gun. The reason after failing Ghanaians miserably with over 125 appointed ministers, they are now putting the blame on NDC.

In the political economy, one situation is said to be efficient when it allows the obtaining of a greater quantity of production for the same expense and use of productive factors, thus; Ghanaians can't experience such harsh economic hardships and unemployment, while the NPP claim they are efficient.

Many Ghanaians have forgotten about the efficiency and achievements of the former Ghanaian leader, John Mahama because of anger and hate but what they have failed to realize is Nana Akufo Addo is one of the worst leaders in the political history of Ghana.

As a Ghanaian in the Diaspora, comparing politics in Ghana to that of the European standard of politics reveal there is something terribly wrong in Ghana or Africa in general.

Considering the level of corruption during the era of the NDC, which exists today under the NPP government, despite the promise to fight corruption makes people sick.

How can tackling corruption be effective in a country in which the judiciary system jail only goat and chicken thieves? Akufo Addo failed to charge and prosecute any NPP or high Ghanaian official involved in corruption scandals, despite appointing the Special Prosecutor, Mr. Martin Amidu for that.

Let Ghanaians dwell on anger and vote in the inefficient Akufo Addo, they will soon know the truth and be more familiar with what is incompetence leadership.

If with over 125 ministers Akufo Addo has failed Ghanaians and now shifts the blame on the NDC, the same thing will happen with even 1000 ministers because Nana has no leadership qualities and skills. I am too confident to say this without any regret. Time will tell.