...9 Out Of 10 Most Under-Reported Crises On The African Continent / Man-Made Climate Change Dramatically Fuels Displacement And Hunger Crises 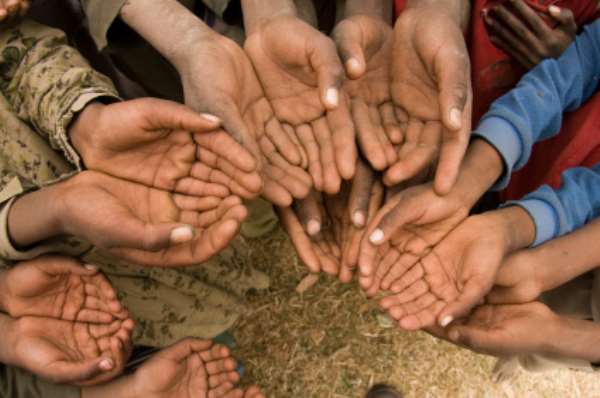 Madagascar’s chronic food crisis ranks #1 in CARE’s report “Suffering in Silence” which was launched globally today. The international aid organization’s analysis of global online media coverage is now in its fourth year and shows a concerning trend of certain countries annually recurring on the list. The African continent hosts nine out of ten under-reported crises, ranging from drought to displacement, conflict, epidemics, and food insecurity.

“We’re seeing increasing linkages between the effects of man-made climate change and the longevity and complexity of humanitarian crises. From Madagascar to Lake Chad to North Korea, the majority of crises ranked in our report are partly a consequence of declining natural resources, increasing extreme weather events and global warming more broadly”, says Sally Austin, CARE International’s Head of Emergency Operations.

“The increased public attention for the global climate crisis is encouraging, but we must ensure that the conversation is not limited to the Global North and much-needed transformations there. It is shocking to see how little media reporting there is about human suffering related to global warming in the South, the lack of political action to address this injustice, and solutions applied to ease the burden for communities.”

With the report “Suffering in Silence”, CARE challenges media institutions, aid organizations, and policymakers to make conscious choices about their priorities. For most of the underreported crises in this Top 10 list, the humanitarian response is also chronically underfunded.

Using the media monitoring services of Meltwater Group, CARE analyzed those natural disasters or conflicts that received the least media attention in 2019. More than 2.4 million global online sources were monitored in English, French, German, Arabic and Spanish. To filter according to scale, we chose countries in which at least one million people were affected by natural or man-made disasters, according to data by Reliefweb, ACAPS and CARE’s own data. The result was a list of 40 crises that were then screened in Meltwater’s database for the time period of January 1 to November 15, 2019 with relevant keywords to describe the crises.

“Suffering In Silence” ranks the top ten crises which received the fewest media attention, meaning the least amount of online media coverage. This is the fourth edition of CARE’s “Suffering In Silence” report. In 2019, the most under-reported crisis is Madagascar, followed by the Central African Republic and Zambia. A year ago, in 2018, Haiti was at the top of the ranking. This annual analysis serves as a reminder and appeals to raise attention for forgotten crises in both media and political debates.

Founded in 1945 with the iconic CARE package, CARE is a leading humanitarian organization working around the globe to save lives, defeat poverty and achieve social justice. CARE places a special focus on working alongside poor girls and women because, equipped with the proper resources, they have the power to lift families and entire communities out of poverty. CARE works in 100 countries and reached more than 68 million people last year. To learn more, visit www.care-international.org.