...As Turbidity Levels Of Water Bodies Get Worse?
By Eric Gyetuah 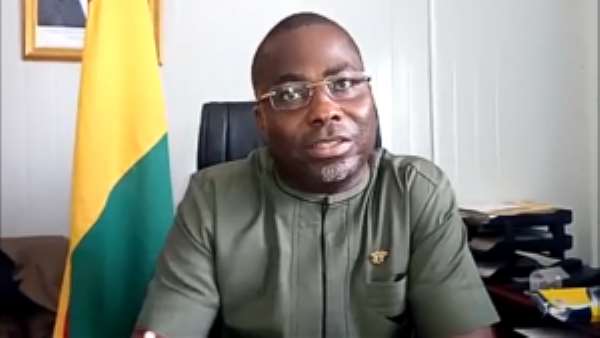 The two major water bodies in the Western Region, River Ankobra and River Pra, which until recently had regained their natural ecology as a result of the vigorous work of the Inter-Ministerial Committee on Illegal Mining (IMCIM), have now become turbid again.

The rivers, until the work of the IMCIM, were heavily polluted as a result of the activities of illegal small-scale mining – no wonder we were concerned if not rightfully alarmed.

In April last year, these rivers regained their natural outlook… and boy oh boy, what a relief it was for the local folks.

No wonder, fishermen and residents alike, living along these water bodies sung praises to the Inter-Ministerial Committee on Illegal Mining for the fight which led to the rivers being clean again.

Some residents living along the Ankobra and Pra rivers for example told Eric Nana Gyetuah of Takoradi-based Skyy Power FM in an interview in April 2019, that the “rivers are now friendly to our main occupation” – fishing- with others using it in their homes for drinking and other purposes.

Beaming with smiles but then again her facial expression suddenly altering as she recounts with some emotions, Maame Nvale, a mother of three, narrated how the turbidity of the water negatively affected her and the family.

Giving a cup of water to her four-year-old son at the time, who was sitting close to her, she added; “before now, it would have been difficult for me to give this water to my son. I would have given sachet water to him. We were buying so much sachet water every week, and that was costing us. But today, the water is clean again, and we are even drinking from it.”

Another resident, Egya Morkeh, pointing to a pan with a discoloured pattern beneath, obviously from the stains of being used to fetch water from the river, said “we could not even dream of using it for cooking. We were only using it for bathing, and that is even after it had been allowed to settle. It was that bad. But today, thankfully, the water has recovered. We want this fight against the galamsey to be sustained. Thumbs up to the government for this.”

The ‘colour’ of these rivers have turned brownish - an indication that illegal mining has resumed in full swing.

At Shama, residents living along the Pra River tell Journalists, they are unable to use the river anymore due to its current state.

“The river became very clean few months after the galamsey fight started, and we were happy because we were able to use the river for almost everything, we don’t know what happened, now the situation is different, more so, the river is worse and even those of us living along the estuary can’t do anything with the water, so I’m imagining those upstream. We are redundant now and unable to go fishing in the river again. This very bad,”, a crestfallen Jojo, a popular fisherman retorts.

At Bosomase in the Wassa East district of the western region, another resident questioned the whereabout of the IMCIM taskforce who were fighting the galamsayers.

“so, where are the taskforce, they were everywhere fighting the galamsayers last year but we are not seeing them again. They just vanished and as if to condemn us to hell, the galamsayers are back on the river”; he complains in his native language. He continues; “just look at the colour of the river now, very bad. Those of us living around it feel very sad whenever we wake up to see the colour of the river. It’s basically useless. Please tell Nana Addo to bring back that taskforce to fight the galamsayers again,” Sammy, another resident, noted.

At Ankobra in the Ellembelle District of the Western Region, most of the residents living along the Ankobra river refused to speak to us. The low-income earners were just so angry and wondered why a fight which produced results could just be left to fizzle out with no tangible explanations.

In Hiawa, one of the communities in the western region which lie along the Ankobra River, residents told us they used the river for almost everything, including swimming. A resident, Nana Attobrah Addai told us weeds have taken over the river especially where they used to swim and fetch water for house chores. “Look at the colour of the river right now; everywhere is bushy because nobody goes there again. Not for anything. This is where we used to swim, we could swim all day but the story is different now”, he recollects sadly.

Here, “the IMCIM taskforce stopped coming last year, and that is when our woes began” he said. Kwabena Takyi, a middle-aged man, minced no words when he attributed the situation to the absence of Mr. Charles Bissue, the embattled Secretary to the Inter-ministerial committee on illegal mining.

He believes Mr Charles Bissue brought some energy in the fight against Galamsey but his absence has given way for the galamsayers to be back on the rivers. “Yes, when he was appointed the secretary of the committee, he brought some energy and his energy produced results for especially those of us living along with the river bodies. When he decided to step aside, the energy also left, the task force stopped coming and the galamsayers regained the energy to start working again and this is the result we are getting,” he told Eric Nana Gyetuah of Skyy Power Fm.

The illegal miners have as well returned to the lands as there have been recent reports of collapsed pits killing some galamsayers have been reported recently from Ellembelle and Mpohor Districts of the Western Region, killing about 10 people.

The inauguration of IMCIM in the country after the president announced a stop to illegal small-scale mining was good news to most Ghanaians who mean well for our environment and water bodies. The committee a few months after the inauguration brought some sanity to the illegal mining sector. Headlines of water bodies showing improvements flooded the headlines of Ghana’s media space. Mention can be made of the Ankobra and Pra Rivers in the Western Region.

For an IMCIM which was received with a lot of enthusiasm; and rightly so looking at the results of their work months in existence, the removal of the Secretary, Charles Bissue, the unfair shaming of the hardworking members following the work of Anas, seemed to have done a disservice to the country in drawing us back in a Galamsey Fight we were winning with the Team at the helm of affairs.

What do they say in football? You don’t change a Winning Team.

The Writer Is A Social Activist, Working In Deprived Communities In The Western And Western North Regions Of Ghana