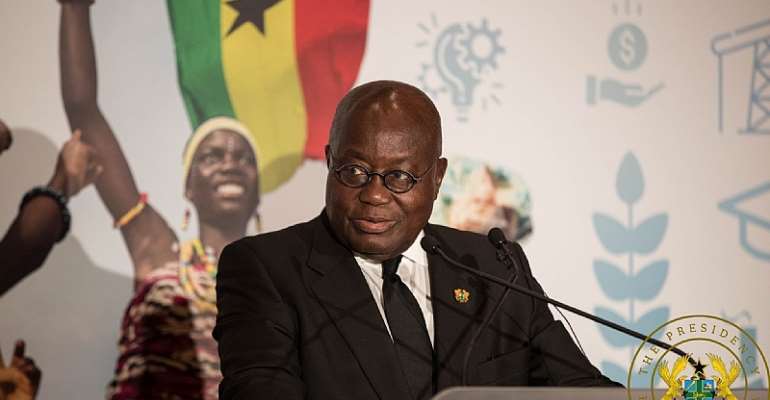 The President of the Republic, Nana Addo-Dankwa Akufo-Addo, has thrown a challenge to the diplomatic community to report all appointees who exhibit corrupt acts directly to his office.

He said these at a meeting held at the Peduase Lodge on Tuesday with members of the diplomatic corps.

Nana Akufo-Addo further indicated that such reports must be backed with evidence to enable his office to take action on them.

“Should you, members of the diplomatic corps be notified of any evidence of corruption against any of my appointees, I insist that they [should] be shared with my office to enable action to be taken on the matter,” the president said.

Nana Akufo-Addo said such reports will help his administration address the issue of corruption which has dominated discussions in recent times with some diplomats alleging corruption in the Akufo-Addo government.

The Australian High Commissioner to Ghana, Mr. Andrew Barnes in a news report in 2019 was reported to have expressed shock at the level of corruption in Ghana, a nation dominated by Christians.

To Mr. Barnes, corruption should not be an issue eating up a country in which Christians constitute approximately 71.2% of the entire population.

“Where procurement means 10%, 20% or even higher additional cost because of kickbacks and bribes, it means ultimately the ordinary Ghanaian who ends up paying. Then Government debt becomes larger than it should be…” Two appointees under investigation

Meanwhile, the president has revealed that two of his appointees are currently under investigation for acts of corruption.

Although the President will not mention the names of these appointees, he said actions will be taken against them if found guilty.

The president emphasized that any allegation of corruption made against his appointees will be thoroughly investigated and dealt with.

Ejura probe: Ministerial Committee presents its report to In...
10 minutes ago