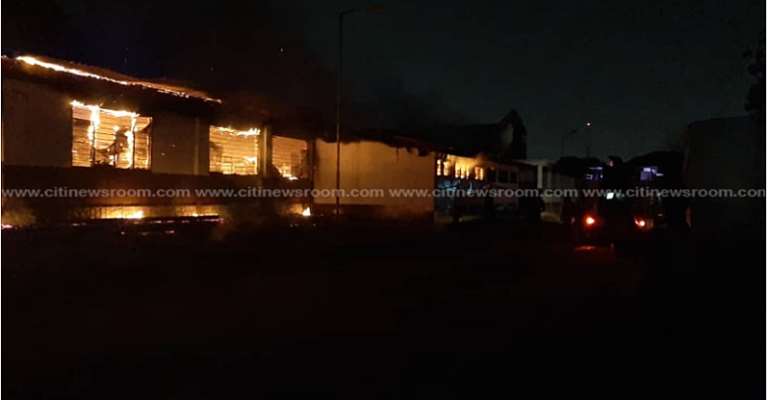 A dormitory at Accra Academy has been on flames for the second time in about two weeks.

This dormitory in the Bubiashie-based boys’ school, Alema Hall, has been ravaged by the fire, according to Citi News’ Kojo Agyeman, who is at the scene of the fire.

Fire service personnel are currently at the school trying to quell the blaze.

After the last fire, which took place on January 15, authorities at the school appealed for support to rehabilitate the dormitory that was gutted by the fire.