Must The International Community Determine The Economic Success Of Ghana? 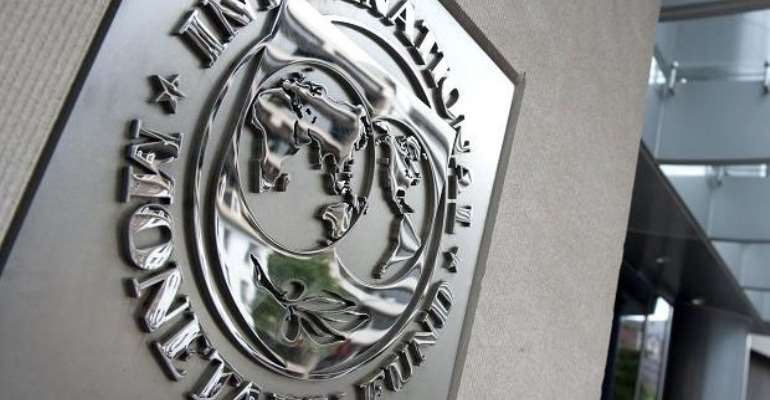 Fellow Ghanaians, in our African street parlance it is often said that a man who alleges to have caught a toad by its tail, "might not" be far from the truth but he is definitely being economical with the facts! For me, and I think many discerning Ghanaians would readily agree with me, that any fixed economy which cannot be confirmed and affirmed by the beneficiaries in the same country where such economic management talent is being displayed but has to only be noticed and praised by people living beyond the shores of that country, is nothing more than a scam and a dangerous propaganda.

Before I continue, permit me to confess right away that I had been almost gagged, confused and perplexed in the course of last weekend. I simply did not know what to write on of the plethora of pertinent plagues plaguing our dear country.

The majority leader of KNUST students' Parliament House briefed me about the intention of a certain Coalition of Ashanti Students for Development to register their indignation and displeasure about the governing party's obvious “political witch-hunting and vampirism” meted out to Dr. Kwabena Duffour, the former governor of the Bank of Ghana, which diverted my attention.

Earlier, I was working on an epistle to condemn in no uncertain terms, the iconoclasticism and grossly lopsided impressionability of the Electoral Commission boss, Madam Jean Mensa, showcased in the new voter register compilation brouhaha.

I began doing a little research on that political "wizardry" unleashed upon the former governor and finance Minister Dr. Kwabena Duffuor by the government then I chanced upon a news item on Starr FM purported to have been issued by the Bantamahene on behalf of his Majesty, Otumfour Osei Tutu II, the Asantehene (perhaps the most influential and powerful King in Africa).

Just before I started to look into that political betrayal of the Ashanti region that voted the President into office by the Akufo Addo's version of a new NPP administration, I found a bombshell that Moody's rated and predicted Ghana's economy to be moving from "Stable to Positive" which as usual and expected, made Vice President Bawumia broke to a kumbaya song and dance.

I finally decide to settle on these latest economic predictions that literally transported the Nation's economics Lord (Dr. Bawumia) to instant Nirvana with his usual pontifications.

Fellow Ghanaians, the claim that the Ghanaian economy exited the manipulative arm of the International Monetary Fund is neither here nor there. Every now and then, like the "cold colonialism" (majority call it mental colonization) where after the so-called Independence of African countries for more than sixty years and yet colonial masters still determine what time to sleep with their spouses, the current government, always chin in hand, is looking up to the IMF for a praise of economic success other than the people they serve.

I find that strange and insulting to the good people of Ghana. Those so-called competent managers of an economy would egg on folks from outside the jurisdiction of Ghana to pat them on the back for economic growth and not the beneficiaries of that economic growth if there's indeed any, makes President Akufo Addo government the most nauseating ever.

How can an economic Think Tank living in the USA, UK, or Canada, like the likes of Moody’s or even Bloomberg Platform, determine whether a roasted plantain can be afforded by a poor man in Ghana or not, and thus determine the economic strives chalked by the government? How can a man sitting in an office in the land of Eldorado and Silicon Valley of the developed world, be able to depict the trauma of the poor peasant farmer who has been painfully shortchanged as a taxpayer in the name of Planting for Food and Jobs that never saw the dawn of the day?

You see, Moody's Analytics, Bloomberg, or even IMF itself or the World Bank at large, may sometimes not be far from facts of what they report for two reasons. One, they normally consider the not spartan lifestyles of the economic managers themselves and their immediate family members and friends in arriving at certain outrageous conclusions regarding countries' living standards. And as any mad man can also tell, majority of those at the helm of affairs in countries they govern dwell in different universes with first class living standards compared to those they claim to be serving.

Unfortunately, the International Community always look at what these "food is ready" economic managers possess as material wealth in their lives then go ahead to generalize the living conditions of all other citizens including those who survive on only GH¢ 1.00 a day in the same country with the leaders.

The second prism through which global economic raters and predictors rely on to coming out with their very unfair analysis of countries' economic achievements is by depending on what these countries' governments' propaganda machineries have claimed to have accomplished. Don't you see that President Akufo Addo was rated as the best President in Africa due to his vision as a leader yet he couldn't simply envision the Double-Track system in introducing Free High School education?

He couldn't envision the collapse of the private sector that used to be more vibrant than the public sector education. He couldn't envision how to continue with the program. He couldn't envision where it's leading. In short, President Akufo Addo is a visionary leader who sees only what to be done sustainability is not part of the equation. Getting to the finish line and what it entails, have never been a vision. This is myopic as a matter of fact.

What's interesting is that the International Community always acts on the face value of reports from Africa regarding what a certain President of Africa or elsewhere is purported to have done or about to do. How shall it be done is not their portion in God's name. They go ahead and report it. But this is Africa where the possible is impossible and the impossible is possible!

They have made Ghana a “drunkard” and an addictive to economic drugs and painkillers to relieve her of her economic ordeal and agony momentarily and the International Community is bizarrely popping champagne corks for this. As we all know, a man who takes alcohol to get rid of his trouble only compounds it when the effect of the beer disappears from his system. It is not commonsensical on the part of any car mechanic to make the horns of a car louder because he could not fix the brakes to paraphrase Steven Wright. Such a momentary panacea is more dangerous than fake contraceptives!

Therefore, fellow Ghanaians, you and I are aware that the NPP government has metaphorically applied for medicine on unwashed and unclean "wounds" that have been nicely dressed. Very soon the laceration would gap more.

Should we fall for this capital folly? Should we accept these commendations from the ignorant International Community that is praise-singing His Excellency Vice President Bawumia’s economic growth theory of “the better growth of the economy, the hungrier and poorer Ghanaians become”?

I think we must be good citizens enough to expose this dangerous lies by the NPP. An economic growth that impoverishes the citizens is like “the man who has claimed to have caught the frog by its tail” for a frog has no tail!

God Bleed Us All.