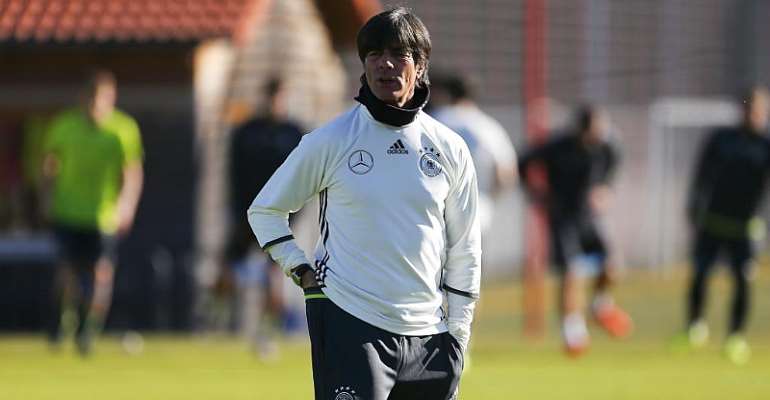 Fritz Keller, president of the Deutscher Fussball-Bund, targeted the last four during celebrations in Leipzig to mark the federation's 120th anniversary.

"We must, and Jogi [Loew] won't like hearing this, reach the semi-finals. Perhaps even the final," said Keller.

The 2020 championships, organised by European football's governing outfit Uefa, will be staged between 12 June and 12 July at several venues throughout Europe to salute the 60th year since the inception of the tournament.

Success
Germany have won the European title three times. They last reached the final in 2008 when they were beaten by Spain.

The event will be crucial for Loew after Germany's appalling performance at the 2018 World Cup in Russia.

They arrived for that tournament as world champions and were eliminated after the group stages - their worst showing at a World Cup for more than 80 years.

There were calls for Loew's departure after their humiliation in Russian but he held on to his post vowing to rejuvenate the squad.

Regeneration
He purged veteran World Cup winners such as Thomas Mueller, Jerome Boateng and Mats Hummels and replaced them with tyros.

But the flush of youth will be under pressure to justify his faith during the competition in which they will face holders Portugal, world champions France and a play-off winner in their three pool games at Munich's Allianz Arena.

With a ranking of 15 in the lists compiled by world football's ruling body Fifa, Loew has attempted to dampen expectations.

"The opponents in the group stages are a big deal," added Keller. "But what I have seen in the last few Germany games gives me hope."