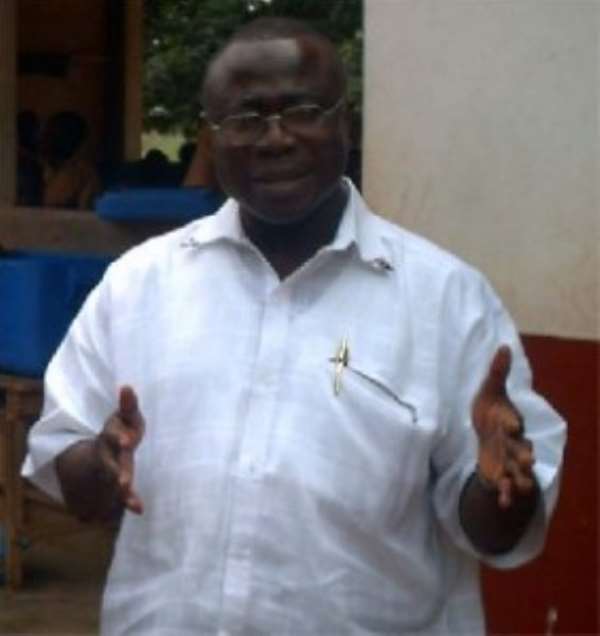 Dr. Amoako Tuffour has asked the leadership of the New Patriotic Party in the various regions to allow all aspirants to pick forms and contest in a free and fair manner.

Dr. Amoako Tuffour who was speaking on Kumasi-based Otec FM’s Nyansapo programme Monday advised party leaders in the region to discard fanciful ideas of preventing some people from filing their nomination in the name of preserving women MPs for another term.

He said it is important to go by the rules and not take knee-jerk approaches to doing things as it will definitely affect the fortunes of the party in the forthcoming elections. “If you wanted female MPs to go unopposed, you should have made that known a long time ago so everyone with ambition would be advised,” he said and added that no party member can be prevented from picking nomination forms.

He advised the leadership to employ their negotiation skills in such matters rather than using brute force which will anger people and cause divisions within the party. “The moment you don’t negotiate and you try to get your way, you are practicing dictatorship” he stressed and explained that the people will revolt against any form of dictatorship.

He cited examples of how such ideas have been successfully handled in the past and called on regional leaders to approach people like himself when they want to implement such ideas in acceptable ways through negotiations. “Don’t discriminate. Everyone has the right to pick forms and contests. Anything short of that is unacceptable. Don’t just do things to annoy people and bring divisions within the party” he concluded.