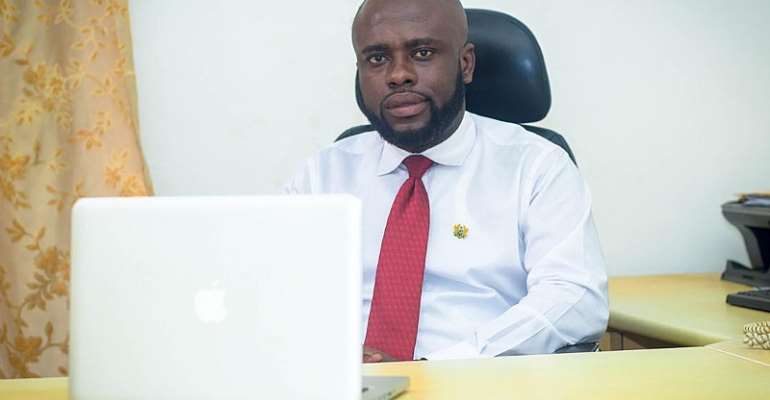 The constituency Secretary for Asokwa New Patriotic Party, Papa Yaw Asare Bediako, has expressed surprise at the blatant lies being peddled by some individuals on the upcoming primaries in their constituency.

Denying some assertions thrown into the public domain on Monday, the Asokwa secretary noted that some faceless individuals are deceitfully using some naive youths to denigrate the party in the public domain.

The Asokwa NPP Secretary who was maligned severally on radio and social media alongside his constituency chairman Rev. Nkromah lamented that the constituency executives were being unduly attacked by the uninformed youth.

Speaking to Wofa Kofi Appiah on Boss Fm in Kumasi, Papa Yaw as he is affectionately called said the forms were still with the Regional chairman and no aspirant had yet bought any.

He stressed that the office had on countless occasions directed anyone who was interested to go to the regional office for his or her forms, but wondered why they took delight in verbally assaulting them and making the party unpopular.

“I know the rules governing our internal elections so there is no way I will deny anybody a form”. He asserted.

The constituency secretary disclosed that the party's offices are opened from Monday to Friday for business and party activities.

Apart from himself, he stressed, there is an administrative officer who is ever-present at the office every day to see to whoever visits.

But on Monday the administrator informed him of visiting the Agogo hospital to seek care at the Ear, Nose and Throat department hence his absence at the office.

"No one can shut the NPP office at Asokwa because it is set out to be open to attend to party people and residents in the constituency and I assure you that it will remain so", Papa Yaw passionately stressed.

The constituency secretary advised party members to consult his office or that of the other executives anytime they need help or clarification on matters and not resort to radio and social media where they cannot get the help they need.

He asked members to use party structures in conveying their grievances or seeking redress on concerns they may have.

"We are a party of rules and regulations and it is important that we endeavour to use same to address whatever concerns we have because we are one people with a common destiny of making this party strong", Papa Yaw stressed.

“If he is truly a party man, he should have known and used the right procedure and channels for addressing his concerns than to insight those ignorant youth to go to the party office and denigrate our great party, someone must call that man to order.” Nana Adu, who describes himself as an ardent party follower said angrily.