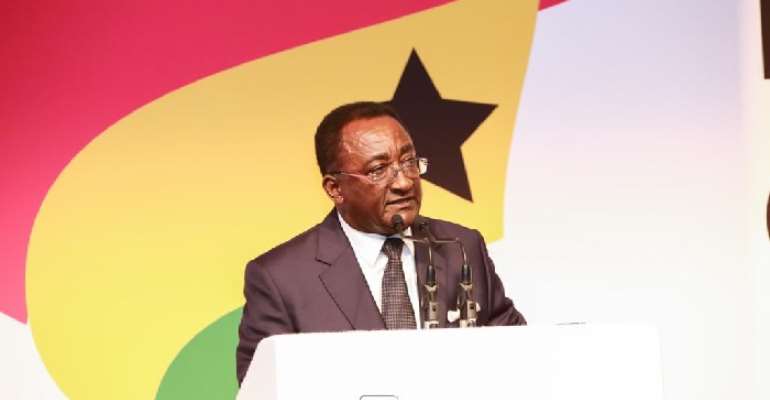 Ghana imports about $200 million poultry products every year and if care is not taken the local poultry farmers stand to lose big time.

It is against this background that Dr. Owusu Afriyie Akoto, Minister of Food and Agriculture, is seeking to stop the import of poultry to Ghana.

According to him, “We import close to 200 million dollars per annum of poultry meat into Ghana. This must stop.”

At the Ghana Investment and Opportunities Summit 2020 on Tuesday 21, 2020, at the Hilton Hotel Park Lane, London, the Minister observed the compelling need to bring an end to the high importation of the poultry.

To help end the import of poultry meat, the Minister revealed that “…a massive programme is in the offing to revamp the poultry sector.”

The Ministry is this year expected to commence the production of four million day-old chicks per annum over the next five years.

The chicks are to be donated to selected farmers across the 16 regions of Ghana.

Meanwhile, the Minister disclosed that the Government is looking forward to a substantial expansion in the establishment of Agricultural Mechanization Centres (AMSEC's) across the country in 2020.

He stated emphatically that “we expect a substantial expansion in the establishment of AMSECs in 2020 through the disbursement of the last tranche of US$33 Million loan from Brazil and US$150 Million facility from Eximbank of India.”

He recounted that “true to government's promise of mechanizing agriculture, farm machinery worth $33 million were imported from Brazil in 2019 to support agriculture.”

” The last tranche of the Brazil facility is expected in 2020. In addition, Indian EximBank Facility of US $150 million is expected this year for the purchase of farm and agro-processing machines.”

” These are available at 40% subsidised cost to farmer associations, private investors and selected District Assemblies for the establishment of Agricultural Mechanization Centres (AMSEC's) across the country,” he added.

Speaking under the theme: “Sustainable Agriculture – The Bedrock Of The Ghanaian Economy,” the Minister stressed the need to sustain the efforts being made by the President Nana Akufo-Addo’s administration to boost agricultural productivity.

He noted that “with current fast-paced development and complexities of today's world, Ghana cannot be content with the declining growth in the sector, as experienced throughout the eight years of the previous administration.”

According to him, “agriculture has generally underperformed denying the country of resources that would have otherwise been available to propel the country's development.”

He added that “the ineffectiveness of public policy explains Ghana's unflattering status as a rising importer of food in the past decade in particular. The staggering annual food import bill of over $2billion is unacceptable and is all the more reason why government is on a serious mission to revolutionise Ghana's agriculture right through the value chain, from production to consumption.”

Through the government's strategic policy initiative branded Planting for Food and Jobs, the process of transformation has

gathered steam and is sweeping through every branch ofagriculture, he said.

Three years have elapsed since the government set in motion the process of transformation with the aim of putting Ghana's agriculture on a sound footing, he observed.

Planting for Food and Jobs, now a household catch phrase, is achieving tremendous success within the three years of its implementation.