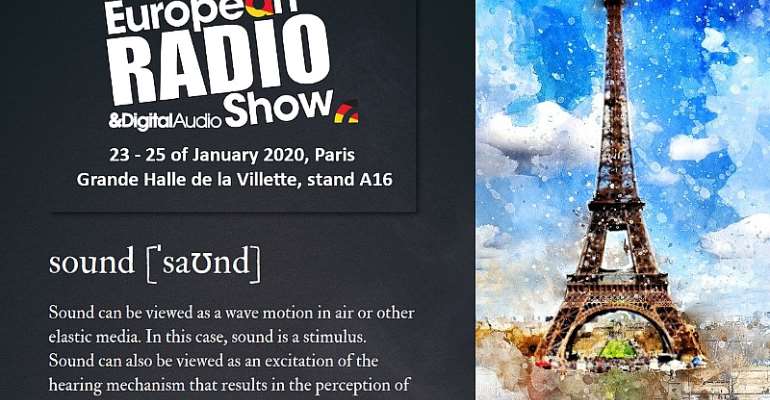 The three-day encounter with some of the world's best broadcasters, radio professionals, presenters, producers, editors and radio manufacturers showcased the various directions radio have taken and about to take.

There were dynamic panel discussions about radio content, various presentations about audio listening, pragmatic debates on editorials and other media related exhibitions.

Leading among them was the German car manufacturer Audi, who have taken it upon themselves to bring ‘In-Car-Info and Entertainment-Experience' to a whole new pondering.

This is because, to have formerly listened to an Online Radio station in a connected car was unheard of, or something that would have happened in the future. But is happening now.

Audi has already done it. It is right in their all electric E-Tron series and some Porsche Cayenne.

Explaining to a Colourful Radio representative at the show, Mr Philipp Rabel who is the Senior Manager for Audi's Multimedia Development said: “Our cars are fully connected, because we have already enriched the information we receive from radio stations with our meta data information.

“We also have a Hybrid Radio functionality where a customer can switch in between FM or D.A.B seamlessly without any interference should in case the station’s signal becomes weak due to a driving environment.”

So, what is a connected car then. This is where the importance of one of Audi's partner comes in by name of Radio DNS.

On the focus of Hybrid Radio, Radio DNS is playing a chunky part in the development of more possibilities on major radio platforms and channels.

In that, their Hybrid Radio seamlessly combines the broadcasting of FM, D.A. B+, HD and IP to create a better driving experience in the car.

Accordance with their system, there is better station navigation where a radio station's logo, descriptions, genres, and program information is all accurate in its up-dates.

And this was seen as demonstrated by Mr Philipp using Colourful Radio as an example.

The radio listening experience can even continue 'Uninterrupted'. This is because, the radio can switch to internet streaming when the broadcast signal becomes weak and switches back as and when it is stronger. All these while, one's listening experience will remain intact.

In activation, the listening experience comes with a pin sharp colour images displaying on a high-resolution screen that have some impact.

And with regards to who will be in charge of one's data. Panic not, quoting: “Radio-DNS is as open as any broadcast radio. Your data goes from you to the radio- there is nobody controlling it.”

The good news now is that Radio-DNS's Hybrid Radio is being implemented as standard in Audi, VW, and Porsche cars in Europe, and planned for North America.

Accordingly, Radio-DNS Hybrid Radio will be standard in all connected cars.

Given their research, it enhances over 80% of radio listening in the UK, Germany, Spain, Ireland, Norway and Austria.

The European Radio has lived up to its theme as 'Solid Radio, Liquid Audio' and arguably, this could be seen and sensed in the manifestation of what Audi as a car manufacture have done.

Now, it is possible for Online Radio stations to have the same voice as their counterparts on all connected cars.