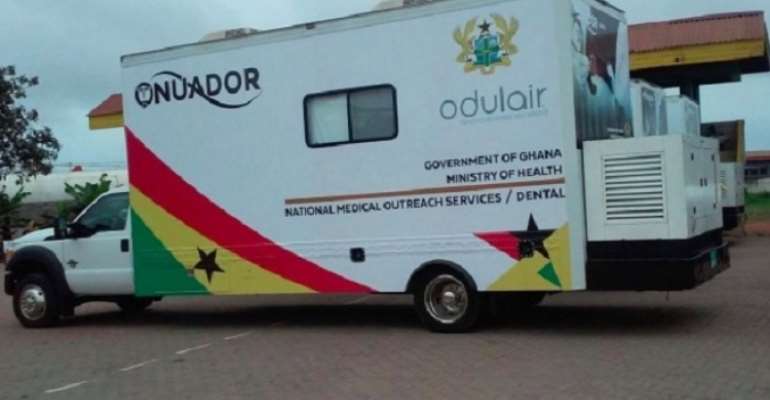 The Minority in Parliament is demanding the immediate release and utilisation of the Onuador Medical Outreach Vans bought by the Mahama government to assist in the delivery of healthcare in the country.

Eight of the vans that were procured in 2014 have been grounded and abandoned at the premises of the Biomedical Engineering Unit of the Korle-Bu Teaching Hospital.

Addressing the media on Tuesday, Ranking Member on the Health Committee, Kwabena Mintah Akandoh said there is no justification for the current situation when health care services in rural communities continue to be poor.

“It is quite pathetic and very disheartening, how this government is joking with the health sector of this country. We believe that if there is any Ministry at all that has to be prioritized, it should be health. The government is indeed joking with the health sector. These vans were brought into the country six years ago and were to be deployed to the hard to reach areas to provide health services to the people of Ghana. Unfortunately, these vans have been parked here and are rotting away.”

“Why have these vans been parked? What crime have we committed? So, I believe that, as a matter of urgency, the government must put these vans to use and deploy them to the hinterlands. The President and Minister [of Health] must know that we need more than plenty of talks and not leave the vans to rot away. I am sad about the development. The vans are not for decorations so the government has no reason to park them.”

The erstwhile National Democratic Congress (NDC) had begun processes to seek funding for the operationalization of the vans before they left office in 2016.

They were to help in the provision of health services in general medicine, ophthalmology, dentistry and audiology assessment particularly in rural areas in about 46 districts in the country.

The eight parked vans are said to be operational.

The Minority’s calls come at a time when President Nana Akufo-Addo is commissioning 307 ambulances procured by the government for distribution across the various constituencies in the country.

The Head of the National Ambulance Service, Prof. Ahmad Nuhu Zakariah, told Citi News that unlike the previous set of ambulances, the new ambulances have been insured.

“The ambulances were treated like any other government vehicles and because they have been insured now, that becomes something we should be happy about. In the past, we used to have a lot of challenges. For example, with this comprehensive insurance, it takes away the burden of the case where there is an accident and we have difficulties,” he said.