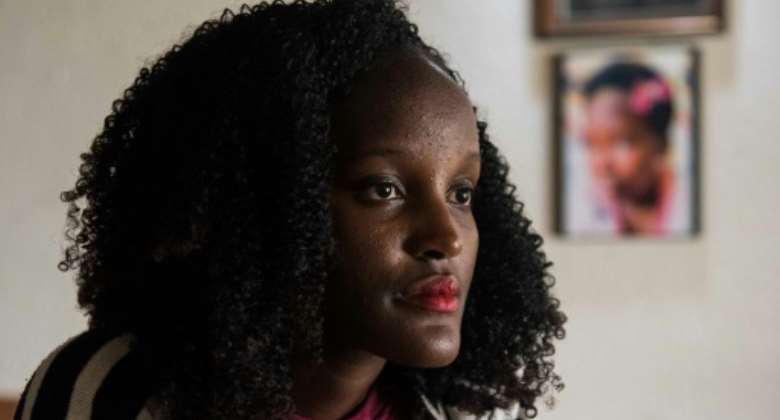 Vanessa Nakate was at the heart of a viral debate that erupted at the World Economic Forum in Davos. By ISAAC KASAMANI (AFP)

Africa is on the frontlineof climate change, and it is crucial to listen to voices from the continent in global discussions about the crisis, Ugandan activist Vanessa Nakate told AFP Tuesday.

Nakate was at the heart of a viral debate that erupted at the World Economic Forum in Davos, Switzerland last week after she was cropped out of a photo of a young activists, including Greta Thunberg, taken after a press conference.

Nakate, a 23-year-old graduate in business administration, was the only black person and only African in the photo shoot and accused the Associated Press news agency of racism in cropping her out.

The agency said the photographer had cropped the photo for composition purposes.

However in an article on Monday AP said the incident had prompted "soul-searching" on the issues of racial sensitivity and inclusion.

Famous activists such as Thunberg are from first-world countries which are often blamed for being behind global warming, whose effects are worst felt in poor nations, with countries in Africa at highest risk from climate extremes.

"It wasn't just about the photo because I read the article first. They quoted the various activists but I wasn't there," Nakate told AFP in an interview in Kampala.

Nakate found out about the Fridays for Future youth protests in early 2019 and was inspired, alongside her brother, to protest once a week at a neighbourhood market in Kampala.

She was invited by activist group Arctic Basecamp to deliver hard truths to world leaders gathered at Davos.

Africa has been ravaged by the affects of climate change. By Guillem Sartorio (AFP/File)

"There was no message that I had spoken at the conference ... It is dangerous (for African voices to be excluded from the debate) because many people are ignorant about the climate crisis in Africa and most of the activists feel unheard," said Nakate.

"If their voices are silenced it means they won't be able to explain to the people that we are facing a climate crisis. It's important for every voice to be listened to no matter where they come from."

Experts say Africa is the most vulnerable to climate shocks, with more frequent droughts and floods stretching people to their limits as farmers and herders get no time to recover.

East Africa is currently facing its worst locust invasion in decades after one of the wettest seasons in 40 years came on the back of a drought -- a situation scientists say is becoming the new normal.

"Uganda mainly depends on agriculture and we're really affected by climate change, for example by extreme weather conditions -- droughts in some places, floods in other places -- that means food prices are affected and only the more privileged can get something to eat and the less privileged are left with nothing," said Nakate.

"They literally lose everything after these climate disasters."

She said that messages of support after the scandal, including from others inspired to join climate activism, had "motivated me and encouraged me so I came out stronger."