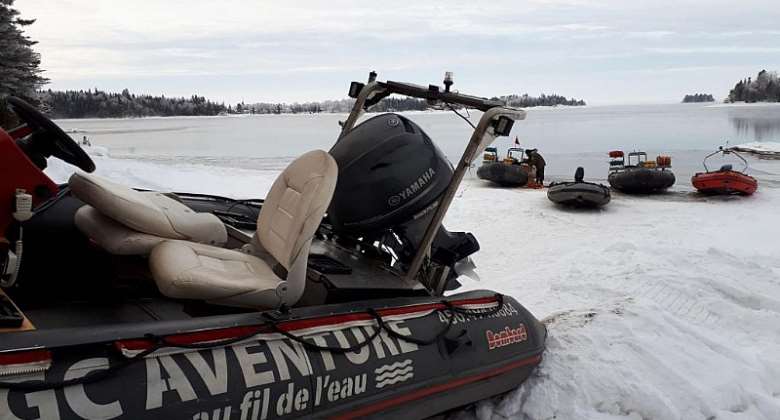 The identities of the two have yet to be released. The search was continuing for two other snowmobilers from the same group.

The two bodies were found near each other, about three kilometers (two miles) from the initial search area, said Hugues Beaulieu, a provincial police spokesman.

The accident happened at the mouth of Lake Saint-Jean, about 225 kilometers north of Quebec City.

The discovery of the bodies on Sunday, Beaulieu said, meant that ending the search is "not an option."

The bodies, along with that found Friday of 58-year-old Gilles Claude, were recovered from the waters of Grande Decharge River, police said.

Divers have now found all seven of the snowmobiles used by the eight French tourists. Three of the eight suffered minor injuries; they returned to France on Thursday.

Their guide, a 42-year-old Canadian, died Wednesday in hospital after trying in vain to rescue group members.

The group was snowmobiling in an area that is off limits to the vehicles because of thin ice. Authorities have pledged to tighten safety measures on use of the machines.