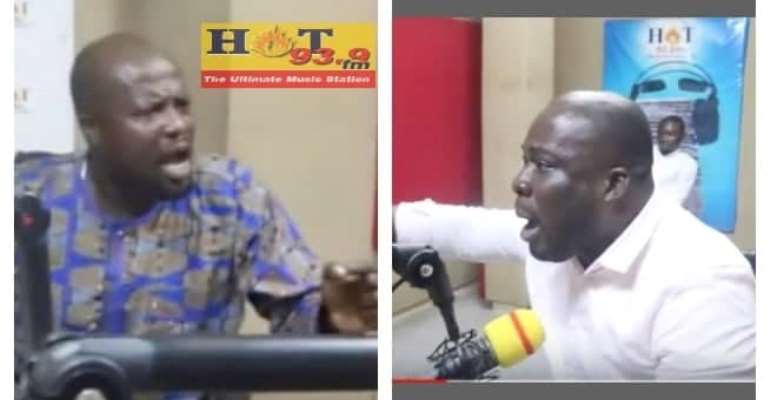 Sammy Gyamfi was arrested by the Police Criminal Investigations Department (CID) Monday, January 27 after a program on UTV. In December 2019, the CID invited Mr. Sammy Gyamfi after a report was made against him by the Jubilee House on allegations of forgery and false publication.

His arrest on Monday was apparently related to the cybercrime case against him by the Presidency. He was granted a police bail few hours after his arrest.

The NDC communicator, Nurudeen Hamidan, who seemed unpleased with the NPP Communicator’s comments lashed out and fired tirades at him.

According to Nurudeen who is also a former Municipal Chief Executive (MCE) for Asokore Mampong Municipal Assembly,” the issue is in court so why arrest Sammy Gyamfi…that is the difference between a useless NPP government and a responsible NDC government”.

The NPP communicator who also got infuriated by Nurudeen’s comments replied by indicating that, "NDC government is useless than any other government…You compare the useless administration of John Dramani Mahama to the NPP government…the man is very useless”.

The host of the show, Kwabena Owusu who couldn’t take the heat anymore had no option than to end the show by playing the hit song of award-winning Hiplife/Highlife artiste,Kofi Kinaata,’Things Fall Apart.’