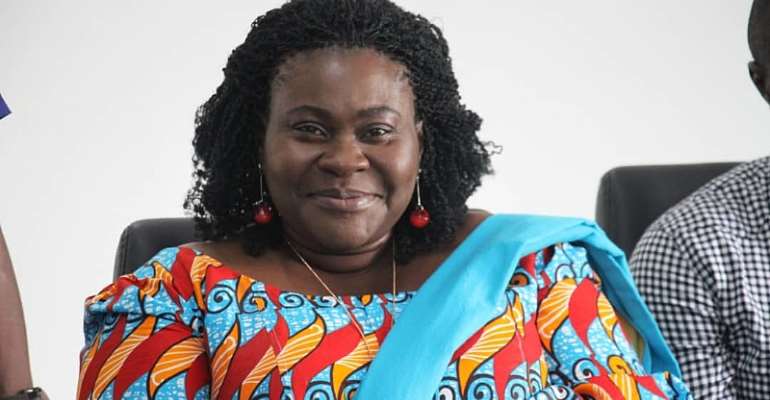 Tension is brewing at the Ayawaso West Municipal Assembly where the Municipal Chief Executive (MCE), Sandra Owusu Ahinkorah, is at loggerhead with a member of the New Patriotic Party (NPP) in the area.

The MCE has caused the Assembly to invite Adjoa Okyere, a resident of Dzorwulu and a member of the NPP in the Ayawaso West Wuogon constituency in Accra to appear before the Municipal Security Council (MUSEC) over an alleged social media comment.

“The Municipal Security Council (MUSEC) of the Ayawaso West Municipal Assembly has intercepted an audio making rounds on the social media allegedly and purported to have been made by you.”

“In view of this, I have been directed to invite you to appear before the Municipal Security Council (MUSEC) assist in its investigation”, a letter dated January 27, 2020 and signed by Joshua Adams Asihene, Municipal Coordinating Director, a copy of which is available to DGN online indicated.

Ajoa Okyere, by the letter, is directed to appear before the MUSEC on Tuesday, January 28, 2020 at 2pm at the Assembly Hall of the Ayawaso West Municipal Assembly.

The MCE cannot be reached for comments as all attempts failed.

The MCE is said to be at loggerheads with party people in the constituency creating big divisions among the rank and file of the party.

Sources said the issue had earlier been reported at the East Legon police.

But before the police could act, the MCE has allegedly threatened Adjoa to show her where power lies hence reporting her to MUSEC where she is the chairperson.

DGN online learnt that matter got to a head during the recent district assembly elections where Sandra Owusu Ahinkorah allegedly tried to block some party people from the race.