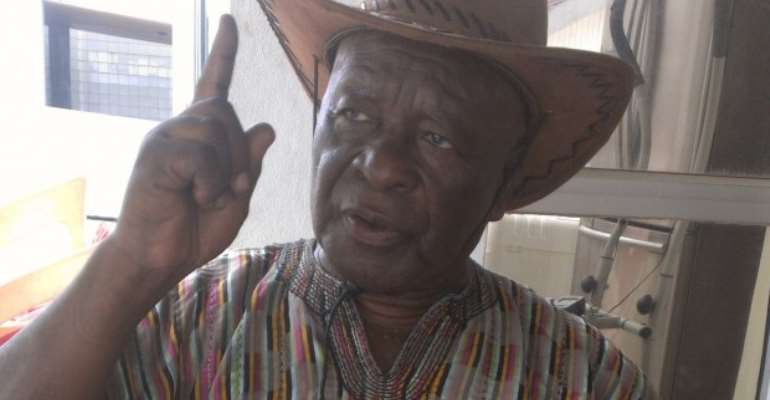 Nicknamed as 'Okumkom', the deceased is a proud member of the royal Oyoko family of the Asante Kingdom. He died at the age of 86.

The one-week observance of Okumkom held at the forecourt of the Manhyia Palace in Kumasi was attended by scores of mourners, including President Akufo-Addo.

Vice-President Dr. Mahamudu Bawumia and other government officials including Dr. Matthew Opoku Prempeh, aka Napo (whose constituency hosted the event), other MPs and NPP executives were present.

Business mogul and a brother of former President John Dramani Mahama, Ibrahim Mahama, was also accompanied by scores of mourners to commiserate with the 16th occupant of the Golden Stool.

Prominent traditional leaders in Asanteman, who swear allegiance to the Golden Stool and a powerful delegation from the KMA, who were led by the present KMA boss, Osei Assibey-Antwi, were there.

The occasion was characterised by singing of dirges backed by traditional Ashanti drums. Some of the mourners, especially the women, were seen shedding uncontrollable tears.

The highlight of the programme was when President Akufo-Addo proceeded to where Otumfuo was seated and on behalf of Ghanaians, consoled the Asantehene, who looked very sad.

The date for the burial and final funeral rites of Okumkom would be announced by the Manhyia Palace, the official seat of the Asantehene, at a later date.