Save Neoplan From Going Under 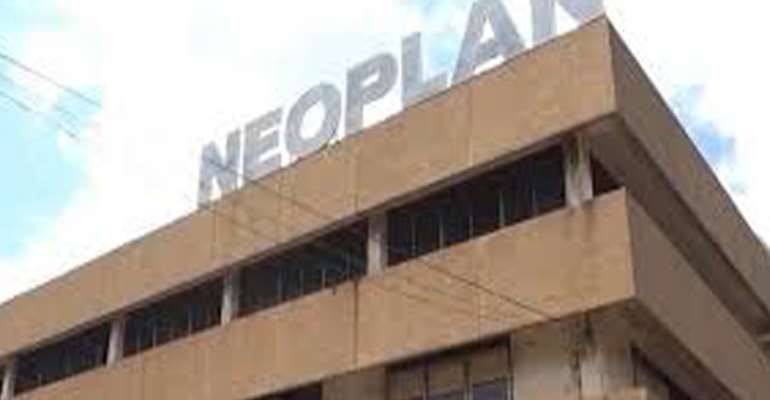 The announcement yesterday that the curtains will be drawn over Neoplan Ghana Limited at the end of this month is economically portentous.

It is not a news story which should be glossed over and ignored because it is about the country's economy; coming at a time when government has rolled out multiple interventions to reverse the negative situation they inherited it calls for immediate action.

With just a hundred employees after a consistent pruning of the previous 800 on the payroll Neoplan would have been in intensive care unit if it was human.

At its peak, the Private Public Partnership venture was the cynosure of Ghanaians, a household brand symbolizing success of the module.

Having been denied contracts for the production of buses for the various state institutions, among other jobs, it appears also that no special concession has been extended to the company so it can survive the stress posed by the foreign companies whose products are flooding the local place.

Until the story about the imminent closure of the company by the Managing Director Georges Nasser, the name Neoplan was hardly heard in the media.

Considering the efforts put in by the Kufuor administration to keep the company afloat, officialdom should not fold their arms as Neoplan flounders on the coach manufacturing industry in the country.

Government initiatives in various segments to stem the tide of unemployment should be given meaning through the provision a lifeline to Neoplan.

By this commentary, we are calling on both the Trade and Transport ministries to roll out effective remedies to prevent Neoplan from going under.

We have confidence that government can offer the relief we are seeking for the listing company. We are looking at a situation where with the appropriate intervention Neoplan can return to their good glorious days. So many Ghanaian youth from, especially the technical universities with automobile engineering and fabrication backgrounds can derive a lot of experience from such a venture.

There is no wisdom in not responding to the May Day message from Neoplan as it is tossed perilously on the choppy waters of the competitive coach manufacturing subsector.

The story of this company is not that of mismanagement but rather indifference by the majority shareholders to direct money-making contracts to it anomaly traceable to pre-Akufo-Addo days.

There is no gainsaying the resolve of the Neoplan management and workers to work and profitably so too should the company be given contracts and the necessary concessions to keep it afloat. Will it be too difficult or even impossible to demand that state institutions do business with Neoplan compulsorily? The state would not only be protecting their shares in the company, they would be protecting the jobs of Ghanaians and offering rare industrial attachments for students in technical universities across the country.