...And Calls For Increased Tech In Training Medical Students
By Bernard Buachi 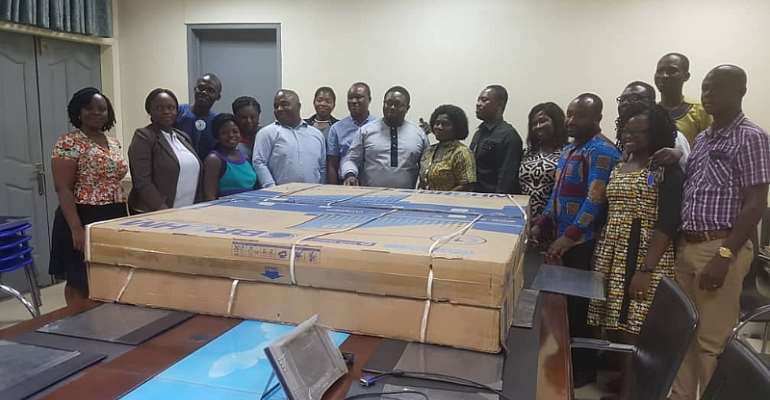 The government is being encouraged to open up existing medical schools and also take advantage of modern technologies including Artificial Intelligence (AI) to accommodate the rising number of medical students throughout the country.

Dr. Fred Bedzrah who made the appeal lamented that the medical schools can only take a few qualified students at a time and are currently overstretched; a situation that forces many students to travel outside Ghana for medical education. He believes this phenomenon is costing the country a lot in foreign exchange and advised the Government to expand existing medical schools and also build new ones across the country to satisfy the country’s need for medical Doctors.

He spoke when his year group (2009) donated four 65-inch flatscreen television monitors to the KNUST School of Medicine and Dentistry. He said it was part of activities to mark their 11th year of completion of the medical school and explained that the gesture was only the first in a series of activities aimed to improve the relationship between the school and the 2009 year group.

The Vice Dean of the KNUST School of Medicine and Dentistry; Prof. Chrissie Stansie Abaidoo who led a group of lecturers from the Medical School to receive the items was grateful for the gesture and called on other year groups to emulate the gesture.

She explained that the university was doing a lot to expand infrastructure in the Medical School in order to admit more medical students and train the comfortable in a world-class environment. She also hinted that the university has received clearance to employ more lecturers; a situation that will definitely inure to the benefit of the Medical School