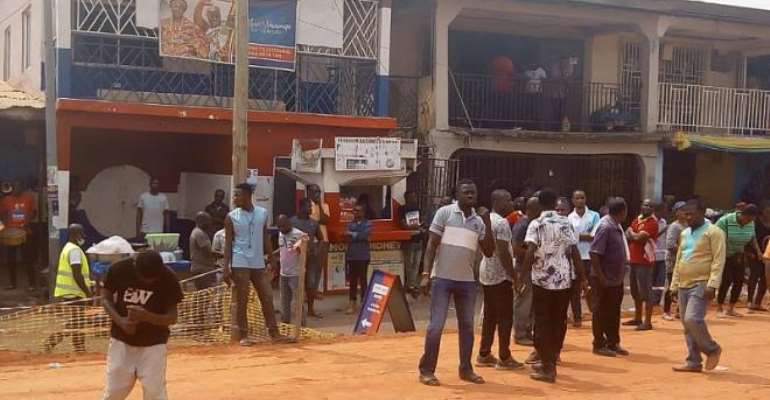 Some party loyalists seeking to contest sitting Members of Parliament in the upcoming New Patriotic Party (NPP) parliamentary primaries say they have not been able to pick up nomination forms because of their unavailability at some constituency offices.

After the NPP opened nominations, the party's General Secretary, John Boadu, last week in Kumasi reiterated that no sitting MP would be protected to run unopposed.

At the Suame Constituency, for instance, a legal practitioner, John Darko said all efforts to get forms at the constituency office to contest the sitting MP, Osei Kyei-Mensah-Bonsu, have proven futile.

But he said he plans to pursue his ambitions through all the means provided by the party structures.

“Some of us are not ready to give up. I am going to move to the next stage until I pick the nomination forms because I believe that contesting the election in Suame is very critical.”

This situation is not different from Asokwa constituency in the Ashanti region where some supporters of a Medical Doctor; Nana Yaw Boakye were visibly angry when they accompanied their candidate to the NPP branch at Ahinsan to pick nomination forms only to meet the party offices locked up.

The supporters who spoke to this reporter accused the party Chairman and the incumbent MP of colluding to prevent Dr. Nana Yaw Boakye from becoming MP of Asokwa.

They insist the party office was opened earlier and quickly closed when they got the news that the Doctor and his supporters were on their way to pick forms.

"This clearly reveals how scared they are of Dr. Nana Yaw Boakye. If they were not afraid, they would open up for a fair contest and her works if any would speak for her," Kwame Oduro said in an interview.

Other interviewees questioned why the party Chairman who is a Pastor of the Assemblies of God Church would dabble in diabolic politicking.

They insisted that any attempt to stop their preferred aspirant from contesting will have negative repercussions for the party in the Constituency. Dr. Nana Yaw Boakye, who remained composed refused to comment on happenings and encouraged everyone to be calm.

This development though disappointing does not come as a surprise as attempts have been made to get the incumbent MP, Patricia Appiagyei to go unopposed.

Speaking in an interview, the supporters blamed the constituency Secretary John Asare Bediako as they believe he is deliberately playing bias tactics to prevent Dr. Nana Yaw Boakye from contesting in the Asokwa constituency Parliamentary race.

As at 12:30 pm, the Asokwa NPP constituency office was still locked. The supporters say until party leadership opens up the place for their candidate to pick his forms, they are not leaving the place.

The vetting for the aspirants is set for April 20 ahead of the primaries on April 25.

The NPP will also be holding its presidential primaries on the same day.

All aspiring parliamentary candidates other than the sitting Members of Parliament will pay a Party Development Fee of GHS30,000.