'Everyone is crazy' - president among well-wishers as Tunisia's Jabeur exits 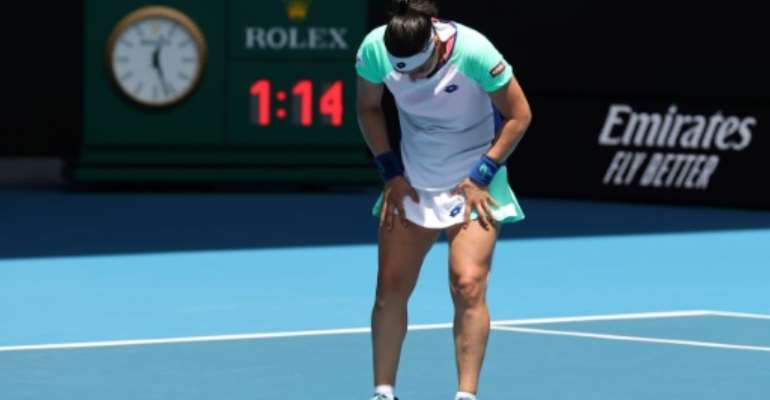 Tunisia's Ons Jabeur lost her quarter-final against Sofia Kenin of the US. By DAVID GRAY (AFP)

A phone call from her president wasn't enough to help Tunisia's Ons Jabeur as she bowed out of the Australian Open after her historic run to the quarter-finals on Tuesday.

Jabeur, the first Arab woman to reach the last eight of a Grand Slam, went down 6-4, 6-4 to the American Sofia Kenin.

Jabeur, 25, the first Tunisian woman to win a main-draw match at the Australian Open, said: "I heard a lot from Tunisia, my phone is still going crazy right now.

"I actually talked to the president of Tunisia. He called me and wished me good luck, that was really nice of him.

"I talked to a lot of politicians in Tunisia. They called me also.

"Everyone is crazy. A lot of people are calling and wishing me good luck."

Jabeur said her phone was still red-hot even after defeat.

"Still actually receiving really good messages that they are proud," she said.

Asked if she had a message for Tunisian President Kais Saied and the country's rulers, she said: "I don't know, maybe lowering the tax would be a good idea.

"I don't want to get into politics a lot because I'm probably not good at it."