Liberia's Weah to open up bids for oil and gas exploration 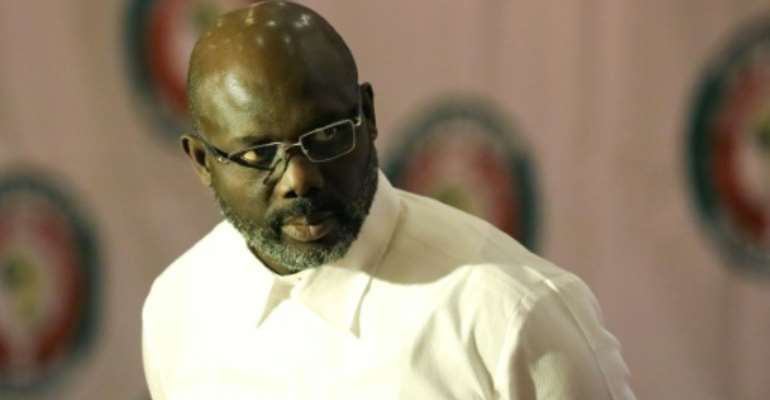 Liberia's President George Weah admitted there have been "economic issues" but called on Liberians to be patient. By Kola SULAIMON (AFP)

Liberian President George Weah announced Monday that the West African country will launch a call in April for bids to resume offshore oil and gas exploration after years of stagnation.

"Nine offshore blocks will be put up, allowing competent and reputable international oil and gas companies to bid with the hope of recommencing exploration programs, following years of inactivity," Weah said during his annual state of the nation address to parliament.

After two years in office, Weah recalled how he had promised to promote oil and gas exploration as a potential source of revenue for the poor country, saying the amendments to the law on petroleum passed last year now make that possible.

The basin where the nine new blocs are located is part of the last region off the coast of western Africa which has yet to be explored for potential reserves, according to experts.

The football star-turned-president has been under pressure as the country grapples with rampant inflation and anti-government demonstrations in the capital Monrovia to protest the economic downturn.

Liberia's economy was already decimated after back-to-back civil wars and the 2014-2016 Ebola crisis.

On Monday Weah called on Liberians to be patient.

"Without trying to make any excuses, let me explain that many of the problems that my government has inherited are exogenous, and require solutions which must include global and innovative approaches," he said.

"Although we have had economic issues, the change that I promised can still be felt. I know that you would like to see these changes take place more rapidly.... But what is important is that the change has already begun."