Case Against Sammy Gyamfi Will Never Hold Any Water--Alhaji Sinare 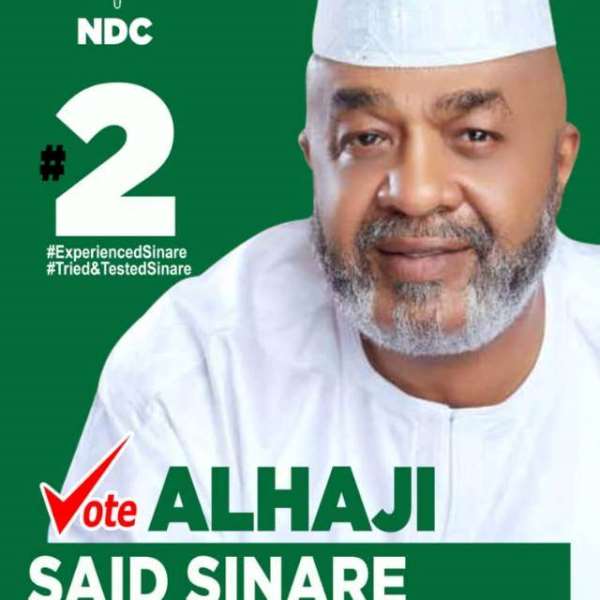 The National Vice-Chairman of the National Democratic Congress, Alhaji Said Sinare, has said that the basis for the arrest of the communications officer of the party is not substantive, at least not enough to taint Sammy Gyamfi's reputation.

He said security agencies who gave no firm basis for Sammy Gyamfi’s arrest will be bound to release him at the end of the day.

“I was in there but he’s giving his statement at the moment and very soon he’ll be out…at the end of the day whether they like it or not Sammy Gyamfi will be released no matter what.” He said.

Some reports earlier indicated that Mr Gyamfi’s arrest came as a result of his failure to honour a police invitation.

But the party’s Vice Chairman dispelled such reports saying “no, he has not been invited, this is the first invitation. This very case is pending before the court so what right does the police have to arrest him…At the end of the day, I’ve been telling people that this case won’t go anywhere…”

Sammy Gyamfi was picked up by the officers at the premises of Despite Media, after making an appearance on UTV’s morning show.

The NDC member was whisked away by the officers in a pickup.

It will be recalled that in December last year, the Criminal Investigation Department of the Ghana Police Service extended an invitation to Sammy Gyamfi after a report was made against him by the Jubilee House on allegations of forgery and false publication.

In this regard, the NDC communicator filed a lawsuit at the Accra High Court, demanding an injunction on an earlier court warrant by the Kaneshi District Court for the seizure of his electronic gadgets.