EC Boss And Her Desperate Desire For A New Register 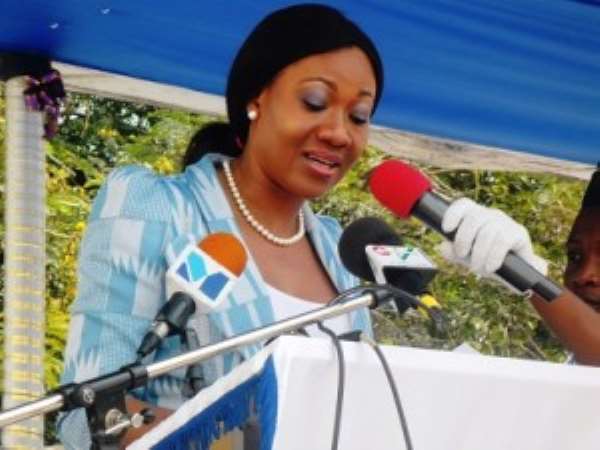 GENESIS OF CHANGE OF EC

The genesis to the change of EC in 2017 is well known. A petition for the removal of Madam Charlotte Osei, which falls short of a legal mandatory requirement, was sent to the President. The President shows interest and functions as a legal consultant, calling on the petitioners to rectify legal errors; after which the petition, which was still not properly constituted was sent to the Chief Justice.

The Chief Justice establishes a prima facie case and constitutes an ad-hoc Committee to look into the issue. The Committee`s report was sent to the President. Based on the recommendation, he dismisses the EC Boss Madam Charlotte Osei and appoints Madam Jean Mensah as EC chairperson.

The absurdity of the dismissal comes to play when one considers that the petition had major flaws. It carried no valid signature. It had no date and one of the petitioners whose name was George Adgya died many years before the petition.

STRUGGLE FOR THE CODE

On assumption of office, the first thing Madam Jean Mensah did was to struggle for the code to the data system of the equipment being used by the EC. With the code, it is easier to rig and manipulate election results. The Israeli Company, more concerned about her image and hard-worn reputation; refused to give her the code. Jean Mensah still wishing to rig the 2020 elections in favour of Nana Addo, decided on new biometric equipment giving all forms of phantom reasons to support her corrupt intensions.

Without any consultation with IPAC, she selected three Companies, for new equipment for a new register. The silent trade was: if you give me the code, I will give you the contract. Her reasons were that the equipment is not credible; that the data centre is outdated; that the biometric system is obsolete; there is the need for facial recognition technology to eliminate manual verification.

The truth is that the equipment has been used for the 2012 and 2016 general elections without a problem. Nana Addo won comfortably in 2016. Besides, it was used in the Regional referendum and district elections without problem in 2019. In all cases the efficiency rate was 99.4%; the best you can get for such systems. Besides, some of the accessories were changed in 2019 to improve efficiency at the cost of two million ghs (2,000,000 ghc). It is therefore absurd and irresponsible to change credible equipment that has been used for Regional referendum and district elections just last year.

The National census which comes on periodically will take place next year. The registration for the National Identification card is ongoing and might end sometime next year. Why will the EC not wait until next year to use the data of these events? Why should we buy new costly equipment when we can use what we have without a problem? Above all, time is not on the side of the EC. We have less than a year and it is most unlikely the EC will do good work. Her calculation is theoretical. In practice, many Ghanaians will be disenfranchised.

The equipment costs eight hundred and thirty-three million Ghana cedis (833,000,000 GHC). An amount that can be used for several social projects. As I write contractors have still not been paid their three yeas areas, and yet the President says this is a year of road projects. Nurses and teachers allowances have not been paid, patients have no hospital beds and are sleeping on the floor. SHS students have the insufficient infrastructure and so have to stay regularly at home. The cedi is rapidly falling against the dollar because such large sums are sent out of Ghana in dollars to buy such equipment that does not serve urgent purposes.

We need to set our priorities right if we do not want to set Ghana on fire. The arrogant posture of the EC boss and her avowed desire to push through the new biometric register will not help Ghana. After all, EC is an administrative body with a few IT staff. The problem is technical and must be discussed by IT brains not IT illiterates. Paying a consultant for information does not rule out or eliminate Forum discussions and consultations with stakeholders, opinion leaders and brilliant IT specialists in Ghana. The taxpayer pays the EC; and so, therefore, the autonomy of EC is not above the wishes of the taxpayer.