...Through Diversified Agriculture
By Linda Osei-Fobi 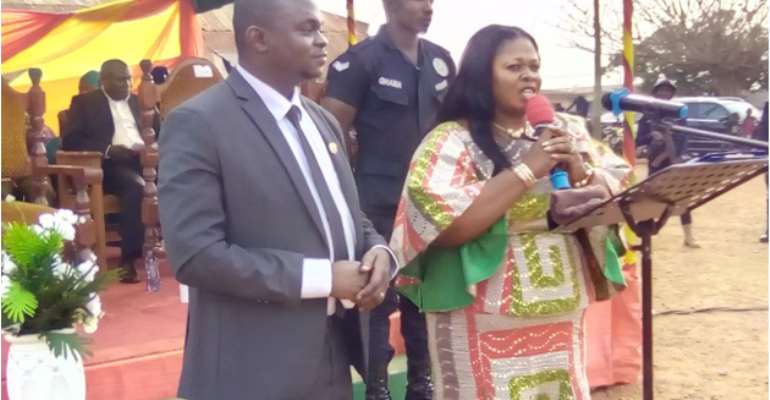 The Bono Regional Minister, Madam Evelyn Ama Kumi Richardson, has called on the newly inaugurated Assembly, to work towards broadening innovations and profit-making avenues in the agricultural sector with linkages to viable industrial developments that can create sustainable employment for the youth and address rural poverty.

She charged the Assembly Members to work closely with the District Assembly, in helping identify talents at the grassroots level capable of developing all the endowed agriculture potentials for the benefit of export, industrialization, and growth of the local economy.

The Minister made the call, when she inaugurated the 8th Assembly, of the Dormaa East District, on behalf of the President, Nana Addo Dankwa Akuffo Addo during a short ceremony last Thursday at the Wamfie Presbyterian Park.

She also encouraged the Assembly Members and Unit Committee Members to support the District Assembly to improve Internally Generated Funds IGF especially in the area of property rates, to ensure improved sanitation practices and educate electoral members to comply with building rules and regulations to ensure national development and public safety.

Present at the inaugural ceremony were all three divisional chiefs of the District (Mansen, Akwamu, and Konti) as well as relatives and sympathizers of the Honourable members, among others.

The District Chief Executive, Hon Emmanuel Kofi Agyemang, who itemized and explained the roles and responsibilities of the assembly members charged them to live up to expectation. He seized the opportunity to give away four hundred bags of cement and 20 packets of roofing sheets to support self-help projects underway in the District. Out of the 400 bags of cement, 100 bags were from the Member of Parliament for the Area, Hon. Kwesi Sebi Williams with the remaining coming from the district assembly.

The DCE, also donated 11 footballs, several items for play such as drafts and oware to youth groups in the district to engage them during leisure hours in order to shift their focus from weird practices, harmful to them and the future of the district.

The Dormaa Circuit Court Judge, Her Honour Christina Cann, led the assembly members and unit committee members to do the swearing-in and the oath of secrecy to authenticate them as members of the assembly.

The chief of Mansen and Konti of the Dormaa Traditional Area, Barima Ansu Agyei who was the chairman of the inauguration, called on the government for quick response to the deplorable state of the District Hospital, Police Station and the Magistrate Court.

In a separate development at the Assembly Hall the same day, the assembly members voted 29 yes votes out of 31 ‘yes’ or ‘no’ votes to elect Mr. Daniel Acquah of ADF Farms as the Presiding Member of the Assembly. In a brief Message prior to his election, Mr. Acquah who is a business person expressed his desire to see the district developed. The newly elected presiding member, in collaboration with the assembly has begun the processes of getting the district a bird processing plant which would process over 30 million birds a year under the one district, one factory initiative. He was sworn into office by the Bono Regional Minister.

Swearing in of the PM at the Assembly Hall 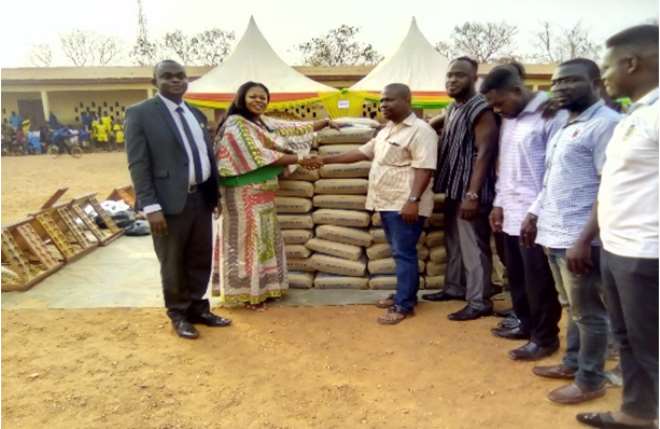 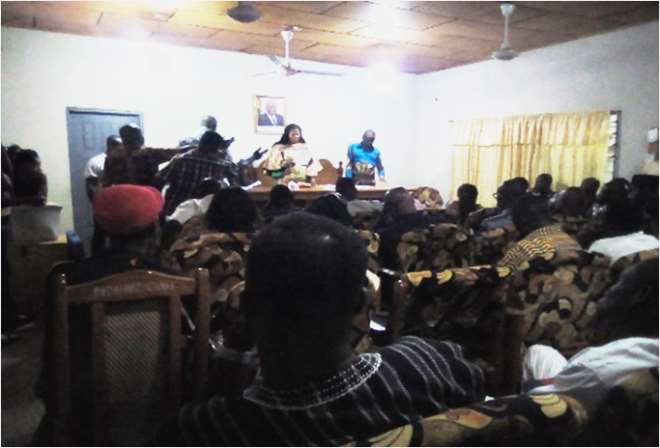