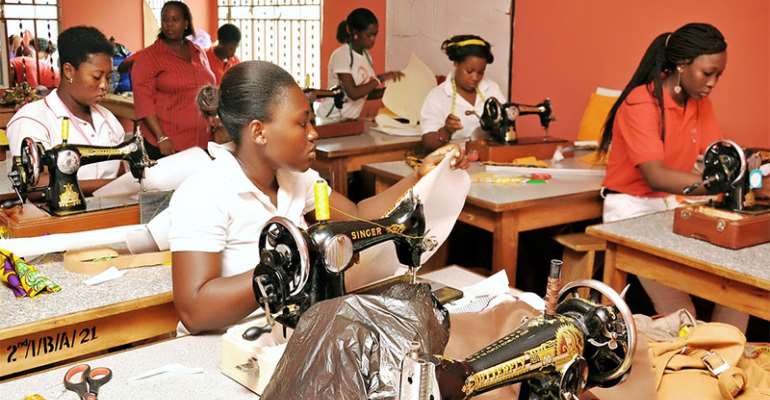 Holy City Foundation (HCF), a Non-Governmental Organization (NGO) working in the Bono East region has called for the inclusion of artisans during fee fixing meetings of the Metropolitan, Municipal and District Assemblies (MMDAs).

This according to the NGO will help to enhance the understanding of the members for an increased tax revenue mobilisation of the Assemblies.

It indicated that the involvement of the artisans in fee fixing resolutions will bring consensus building in the amount being fixed and will also minimise tax evasion and avoidance as well as promote transparency and accountability in revenue generation and expenditure.

Holy City Foundation (HCF), with funding from BUSAC fund and their partners, EU, USAID, and DANIDA is advocating for the inclusion of artisans such as hairdressers, barbers, artisans, carpenters, and many other small- scale enterprises during fee resolution by the Kintampo Municipal Assembly.

A press statement signed by the Executive Director, Alhaji Yussif Baba Tanko, said participation in decision making issues that directly or indirectly affects one’s livelihood is very vital. Participation promotes consensus building among stakeholders once they are actively involved in the decision-making process. Despite this importance, stakeholder participation is very limited in fixing taxation fees by the local government (MMDAs).

It added that there is absence of consultation with members of hairdressers and barbers’ associations when deciding on fees to be paid by all businesses in the Kintampo North Municipal Assembly. Lead members of the informal sector are less consulted, which disenable them to provide informed and timely inputs and ultimately influence decision in the amount of fees fixed as tax levy.

According to Baba Tanko, research conducted by his outfit shown that there is lack of probity and accountability in the management and utilization of the Municipal Assembly’s internally generated fund, as the research revealed 87.39% had no information on IGF.

According to Baba Tanko, the problem of non-participation coupled with mal-functioning of client service charter and business advisory center hinder SMEs in fully acquiring fair knowledge about amount of fees to be paid and strategic ways to maximize profit.

This creates a situation of dissatisfaction and disagreement in fee fix and also leads to tax evasion, disabling the Kintampo Municipal Assembly to mobilize enough revenue, and consequently, does not achieve its target of IGF.

He called on the assembly to ensure the involvement of the citizens in the running of the assembly.