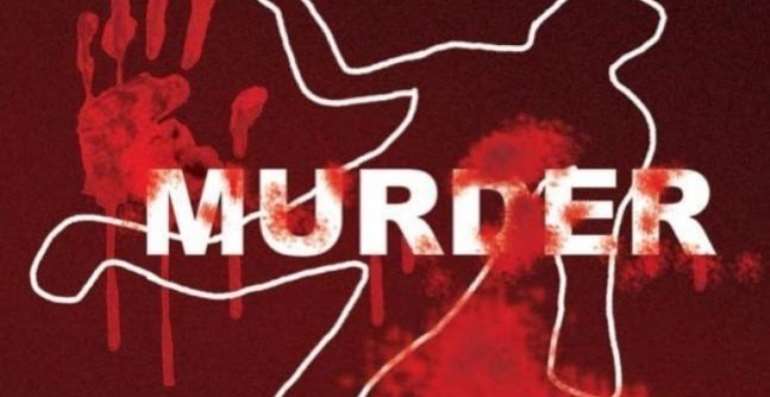 A 34-year-old Mapping and Surveying apprentice, Thomas Yaw Kyame, has been gunned down by a farmer after mistaking him for a game.

The incident occurred at Sikorkor, a farming community near Agavenya in the New Juaben South Municipality of the Eastern Region.

The body of the deceased has been retrieved by Police and deposited at the morgue while the suspect farmer –Joseph Laweh, 38, has been arrested and remanded into Police Custody Monday, January 27, 2020 by the Koforidua District Magistrate Court “A” presided over by His Worship Nana Osei Asibey to reappear in Court on February 14, 2020.

The Prosecutor, Sergeant George Defia, narrated to the Court that, the suspect accompanied by two other persons reported at the Koforidua Central Police Station that, while returning from his farm near Sikorkor village wielding a locally manufactured Single barrel gun loaded with BB cartridges, he spotted a moving object in the bush which he thought was a game and shot it at a distance of about 36 meters.

After realizing he has shot a human being when he got closer, the suspect nervously rushed to his sister’s farm which is closer to the scene and hid the gun before dashing out to the Agarvenya Community to inform his twin sister and Church Elders who delegated two persons to accompany him to report himself to the Police.

Crime scene investigators were quickly dispatched to the scene which after taking inventories retrieved the body to the Eastern Regional Hospital where Dr. Michael Asirifi pronounced him dead.

Police also retrieved the locally manufactured gun as an exhibit.

The local Chief of Sikorkor, Nana Yaw Opare, identified the deceased as his junior brother.