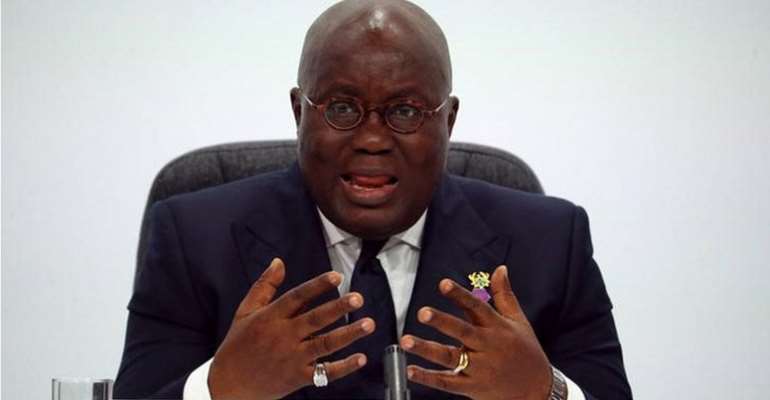 If you were indifferent or saw no reason to vote in 2020, then the successful procurement of 300 Ambulances by the Nana Akufo-Addo Government for the individual constituencies as well as other key state institutions is enough reason for you to reconsider your decision and to vote for President Nana Akufo-Addo.

This is enough reason for you if in the very unlikely event you feel other significant achievements of the Government like the sustained positive economic growth (reference to Moody’s recent outlook, 2020), the buoyant Free SHS education program, Planting for Foods and Jobs and several other massive infrastructural projects instituted by this Government are not sufficient for you.

This Ambulance project is probably the single most valuable investment in this area of Emergency Health Services of the country and this undoubtedly significantly augments the several other investments dedicated towards improving health care delivery in the country. Anyone familiar with healthcare delivery knows a very functional Ambulance service is very critical in health delivery and unlike normal Out-Patient departments that can operate sometimes with limited equipment, a patient requiring an Ambulance service will probably suffer dire consequences in it’s absence. Thus, the provision of these Ambulances as well as the training of over 400 professionals is a very laudable achievement that needs to be acknowledged.

Perhaps someone might say it is trivial to highlight this because the provision of Ambulances is a basic responsibility of any Government. This would have been the case if we were not confronted with the kind of unproductive history that the previous John Mahama administration bedeviled this country with specifically in relation to this topic. John Mahama and his NDC Government during their 8 years in power could only manage to have plans for 200 Ambulances which were procured under phony and shady circumstances. Out of these 200, only 30 hit the shores of the country and very regrettably, according to documents available as reported, had over 15 defects. This made them unfit to be used as Ambulances but good for, as has often been said, the commercial buses popularly referred to as Trotro.

With this background and the preceding paragraphs, it becomes very obvious to the Ghanaian that the provision of these Ambulances to each constituency is a sign of strong commitment by President Akufo-Addo and his Government to the health needs of the populace. This is a commitment which John Mahama and his NDC woefully failed and instead of joining us to be commend the Government for doing what they (NDC) could not do, they are rather working hard to Pooh- pooh the significance of this laudable project.

All these will make these individuals know the Government’s strong commitment for their health which is a key requirement for a development of any society. This will be a strong motivation to give 4_MORE_FOR_NANA and 4_FOR_GABIANA (Bawku Central Constituency).