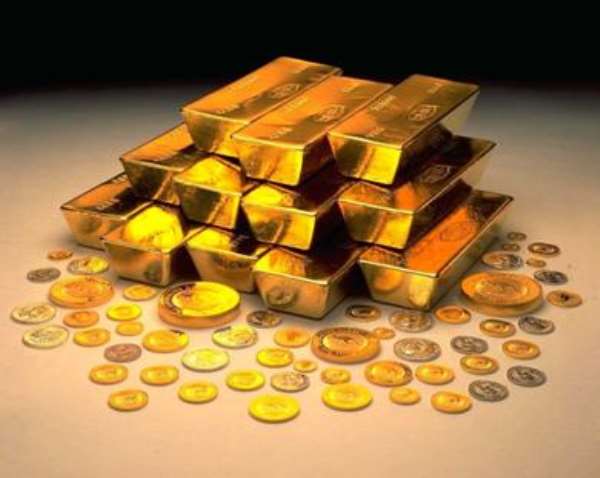 Students are asking me: "WHO will rule the world in 50 years' time?" A question that is simple, full of truth and challenging in itself.

Empires go and come, Superpowers emerge and submerge again...nothing is forever. Homo Sapiens was born in Tanzania to ride the waves of history. When religion entered the minds of people, dominion over the world shifted from the Black Man into the hands of the White Man. Religion is a system with the inbuilt capability to invent, while Witchcraft, Africans were engaged in - till today -, is an experience not adding new information to it to boost much-needed inventions to stay on top of the game in the world in the race for dominance.

China and India seen as potential future rulers are most likely not the answer to the above-asked question as they do not have the spirit to rule the world seen in the past and present. In order to feed their own people, they have to engage in economic activities around the world and support their strategy with geo-political enforcement which is not the foundation of a new concept of humanity, a decisive pillar for the new world ruler; as only building economic power is inbuild weakness to build a long-lasting powerhouse on top. Europe`s population is in itself declining and the once straight to innovate and form concepts/ideas of humanity is crumbling. USA and Russia fall into the same category that have seen their best days already. What can be observed are the last trumpets to announce their ending to dominate world politics when open-minded observers think far ahead in generations to come.

Diamonds are the "Girls best friend" but can be crashed under heavy pressure finally into dust. In human history germs never made it to the rank of Gold as Gold is very shiny, glimmering and reflective of the image of human faces. Mansa Musa, Mali, the richest man in world history, his wealth was not based on oil, gas, bauxite, camels, goats, lands, social media houses or space rockets and electric as but on Gold only.

Not any religion will rule the world (Christianity, Islam, Buddhism etc.) as they are based on spiritual forces that can inspire and direct people but not rule on earth in a practical sense so much determining human life (They are the ultimate owner of the world as God created the world). Even if a shift in the dominating religion will eventually see the face of the earth yet a change in any way does not reflect that spiritual powers do not understand earthly matters but always depend on anointed special people to explain to the human life and work on their behave.

King David, so dear to God`s heart, carried his blessings yet not allowed to build a temple for the Lord mandated only for the preparation works. Carrying a great vision for mankind, Muammar al- Gaddafi, former Dictator of Libya, had the idea to unite Africa, create a Gold based economy and financial system to pave the way for Africa to become again the ruler of the world in combination with the massive increase in population twice the one of today´s powerhouses. Like King David that killed thousands and committed adultery of the worst kind, both were not permitted by God to carry out his vision planted into them as their hands, soul, and hearts were full of innocent blood. Kind David`s son, Solomon, finally built the temple for the Lord; a wise man with a pure heart for the many. As history never repeats itself but always comes back in different forms, God again will mandate an innocent purified heart with that great vision to carry it through to victory and protect his life. Dr. Kwame Nkrumah (first President of independent Ghana and founder of the African Union -AU- with headquarters in Addis Ababa/Ethiopia), as alleged, did die untimely with the assistance of the USA CIA. God only allows people to die when their mandate is over but protects the once that have to carry out his word till the end.

The underdog Africa will come out strong as an innovator in business and creator of a new concept of Humanity. The cycle of power shifting will once more return to its origin for hundreds of prosperous years to come and lift humans up higher than imaginable at this moment in time.

Gold is in Africa still in great volumes waiting to be discovered and lifted, not only in Somaliland, Ethiopia and nearby countries but also Ghana formerly knows as the "Gold Coast" still has impressive reserves to tap into. Unlike steel, copper, etc. Gold never oxidizes only changes its form manmade or nature determined...it basically never leaves the earth. Gold never dies! It is still a magical metal in times of uncertainty and/or falling interest rates. Oil and Gas burnt eventually will disappear in smoke and be gone until thousands of years later, out of fossils, will be found again in pockets on the sea bed or land.

Gold has stayed with humans for as long as they have discovered it has given them the comfort and certainty of everlasting stability which they can use for trading and means of saving for days of need. Bretton Woods finally has marked the moment in time in world economy when the value of the USD was no longer depending on the fluctuation of the Gold value but freely against foreign currencies. Still today Fort Knox is a visible sign of the power Gold still has as a back-up system to make people around the world feel comfortable that exchange of wealth between Nations and individuals is still possible thanks to that precious metal.

George Orwell predicted 1984 as the year of Big Brother. It took few years more before his words manifested themselves. When exactly Africa will rule the waves of history is hard to forecast, yet the fundamentals speak out loud that moment is not far.