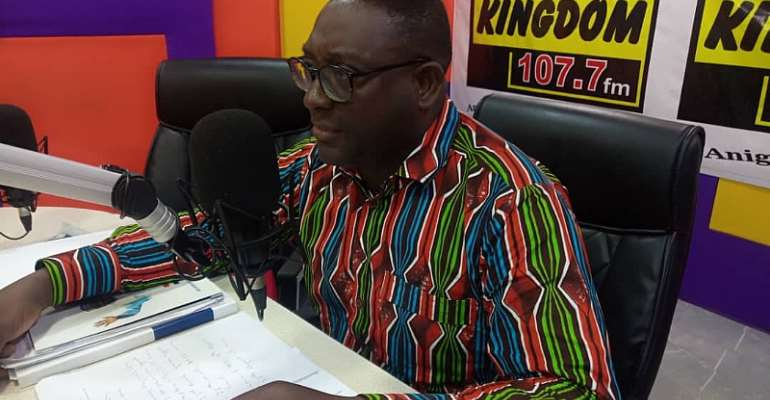 Director of Communications for the New Patriotic Party (NPP) Yaw Buaben Asamoa has said government remains focused on allowing constitutionally mandated institutions in the country in the fight against corruption.

He noted the government of Nana Akufo-Addo is committed to the fight against corruption, adding "no amount of mudslinging and exaggerated claims of corruption will derail the train of good governance."

According to him, the President will always resort to the rule of law as the only legitimate and viable means of conquering systemic corruption in this country.

“Everybody must feel free to interrogate Government actions, but the NDC’s campaign of falsehood and mischievous political intent really fails the test of serious and purposeful governance,” Yaw Buaben Asamoa told Kwaku Dawuro on Anopa Nkomo on Accra-based Kingdom FM 107.7.

He continued, “It is a shame that this message does not seem to have sunk in for the NDC. I suppose if you have been doing the same unimaginative and destructive thing for the past twenty-seven years, the longest any single entity has ruled in Ghana since independence, it is difficult to switch gears and come up with truly innovative thinking and action.”

The law-maker said a party that paid lip service to the fight against corruption cannot accuse the NPP of doing anything because they lack the moral right to do so.

This was in response to the NDC’s claim that corruption under President Nana Akufo-Addo is unprecedented. National Democratic Congress (NDC) MP for Tamale Central constituency, Alhaji Inusah Fuseini said the President has lowered the bar in the fight against corruption.

The Adentan Member of Parliament cited how President Akufo-Addo acts swiftly when mere corruption allegations are leveled against his appointees to buttress his point.