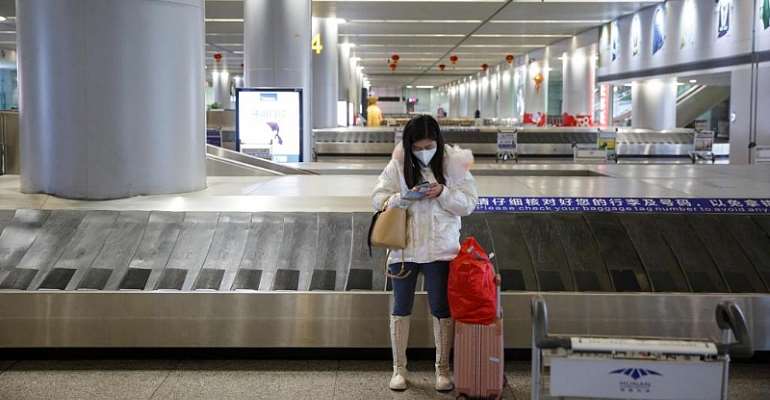 France's government said Sunday it would begin repatriating French nationals from the Chinese city of Wuhan, ground zero of a deadly coronavirus outbreak, by the middle of this week.

Following an emergency meeting of cabinet ministers late Sunday, Health Minister Agnès Buzyn said French citizens could leave the city on a direct flight to France in the middle of the week.

“The prime minister asked for the organisation of a repatriation via direct flight, in agreement with the Chinese authorities,” Buzyn announced, adding the repatriation would happen with Chinese permission and under the watch of medical experts.

They would be held in quarantine for 14 days, the estimated incubation period for the new coronavirus, which the World Health Organization has named 2019-nCoV.

Tens of millions of people, including thousands of foreigners, have been in virtual lockdown in the Wuhan region since Thursday as Chinese officials try to limit the spread of the disease.

Latest figures on Monday showed 81 people have died in China and more than 2,800 have been infected with the disease.

Cases have been reported around the Asia-Pacific region and in North America as well as in France, which has the only confirmed cases in Europe so far.

800 French citizens in Wuhan
Buzyn presented the repatriation as a voluntary measure, estimating “a few dozen to a few hundred” of the 800 French nationals thought to be living in the Wuhan area could opt to leave the city.

Wuhan is home to a French international school and to one of the country's six consulates in China.

It is also the site of two factories employing some 2,000 people to produce emblematic French cars of the Peugeot and Citroen brands for China as part of a partnership between carmakers PSA of France and Dongfeng Motor Group of China.

Most of the staff are Chinese. PSA said Saturday it would repatriate expat staff and their families, 38 people in all, first sending them to Changsha some 300 kilometres away and then flying them home.

Wuhan also counts an estimated 560 expats from Japan, 64 from Thailand, 90 from Germany, 20 from the Netherlands and roughly 1,000 from the United States. All those countries are monitoring the situation and assessing options for repatriation to some extent.

No French travel bans
A medical team of several dozen experts has been deployed to Paris's Roissy Charles de Gaulle airport to take charge of arrivals with possible symptoms.

But Buzyn downplayed the idea of imposing travel restrictions, saying any flight ban would happen at the European Union level.

So far France is the only European country to report any cases of the new coronavirus.

Three Chinese nationals are in isolation in French hospitals in Bordeaux and the Paris region, and six further suspected cases being analysed.