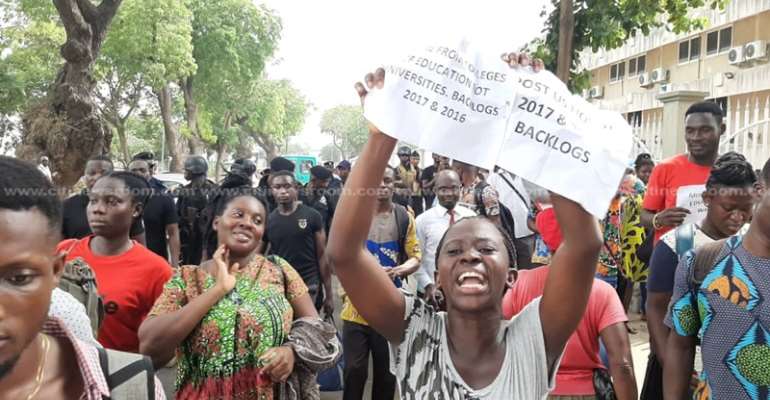 The court case involving some 19 unposted teachers will now be decided through Alternative Dispute Resolution (ADR).

They are on trial for unlawful assembly and offensive conduct to the breach of peace.

Lawyers representing the teachers while insisting on the innocence of their clients argued that the geographical location of the suspects will bring untold hardship on them if the case continues.

The lawyers prayed the court for the case to be deferred for settling through ADR.

The ADR sitting has been scheduled for January 28, 2020, and the case was subsequently adjourned to January 29 for the report of the ADR to be made known to the court.

The teachers who completed the various Colleges of Education in 2018 accused the GES of not posting them despite the completion of their mandatory national service and licensure certification.

“The non-posting has affected me in many ways because for now, I can't eat, I can't go out and my mother is no longer taking care of me because she feels all the money she invested in me has gone waste. I am really suffering and is an embarrassment because I graduated with many other people and I am still in the house.”

The protesters who were arrested say they had been invited by the GES, a claim disputed by GES officials.

“We followed up and we had information that they haven't sent any information to that effect. So they were advised to vacate the premises since they had not been invited but the leaders said they were not leaving,” one lady narrated.