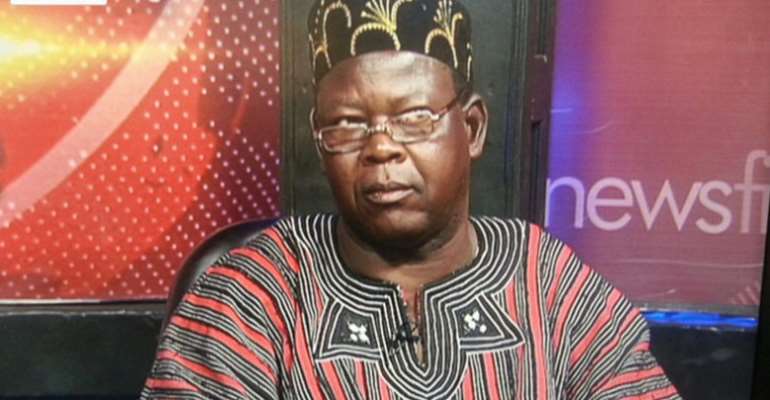 Anti-graft campaigner, Vitus Azeem says the attempt by government to compare the corruption perception index (CPI) and the Afrobarometer corruption report is counterproductive to the fight against graft.

According to him, even though both surveys focus on corruption, their methodology and areas of interest are uniquely different.

“You cannot compare them because they are talking about different things. The methodology is different and their data interest is different.

“If you leave CPI and you pick barometer because it favours government then you’re not helping the corruption fight,” he told sit-in host of Morning Starr Lantam Pappanko Monday.

Information Minister Kojo Oppong Nkrumah on Sunday touted the government’s efforts in the fight against graft basing his comments on the report of the latest Afrobarometey survey which suggested the government was doing well.

The report comes on the back of the latest findings of Transparency International which said Ghana was declining in the battle against corruption.

Recommendations by GII
1. The government must take a critical look at elements that promote public sector corruption including patronage, clientelism, nepotism and suspiciously close ties between politics and business.

2. The government should enforce sanctions against vote-buying, abuse of incumbency and threats to voters in order to ensure the 2020 elections are held in a fair and transparent environment.

3. Political parties must demonstrate a high sense of integrity and transparency in all their campaign finances to avoid the snares of ‘political entrepreneurs’

4. The Electoral Commission should enforce sections 13 and 14 of the Political Parties Act, 2000 (Act 574) which deal with the declaration of assets and expenditure by political parties.

5. Civil society organisations, including the media, must offer equal opportunities for espousing of ideas, programmes and plans and create platforms to hold duty bearers accountable.