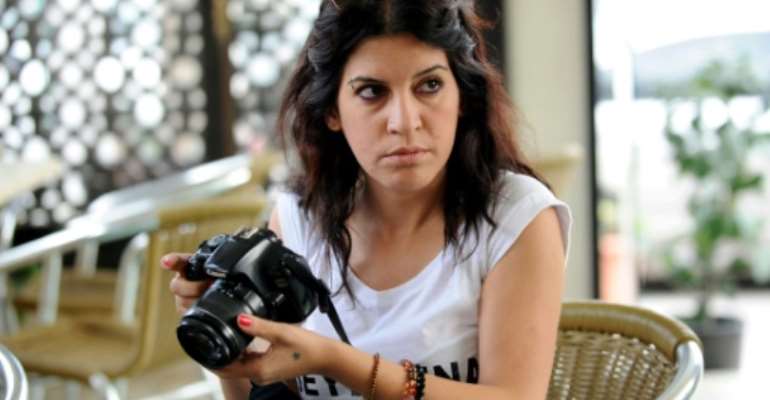 Lina Ben Mhenni, an activist blogger who was prominent during the popular uprising that led to the downfall of president Zine El Abidine Ben Ali, has died at the age of 36. By Fethi Belaid, Fethi Belaid (AFP/File)

Despite the risks, Ben Mhenni for years spoke out against the Ben Ali regime through her blog "Tunisian Girl".

She travelled to disadvantaged cities in the country's interior and used social media to broadcast some of the first expressions of anger against those in power.

After young street vendor Mohamed Bouazizi set himself alight to protest against police harassment on December 17, 2010, Ben Mhenni was the first blogger to go to Sidi Bouzid, the cradle of the revolution.

In English, French and Arabic, her chronicles of the uprising were the highlight of her engagement against the dictatorship.

Ben Mhenni had been touted as a Nobel Peace Prize frontrunner in 2011 for chronicling the protests that sparked the Arab Spring uprisings.

After the revolution, she continued to fight for human rights and freedoms, despite suffering from a chronic illness.

Tributes have poured in for the young human rights activist.

"After years of battles, both physically and mentally, Lina Ben Mhenni has left us," fellow activist Amira Yahyaoui wrote on Twitter. She "will be remembered as the most amazing citizen".

She will be buried on Tuesday.

In 2011, Ben Mhenni released a book titled "Tunisian Girl: A blogger for an Arab Spring". She also taught English at a university in Tunis.

She took part in multiple demonstrations and trials on freedom of expression.

In her final months, Ben Mhenni had denounced the state of hospitals in the Tunisian capital.