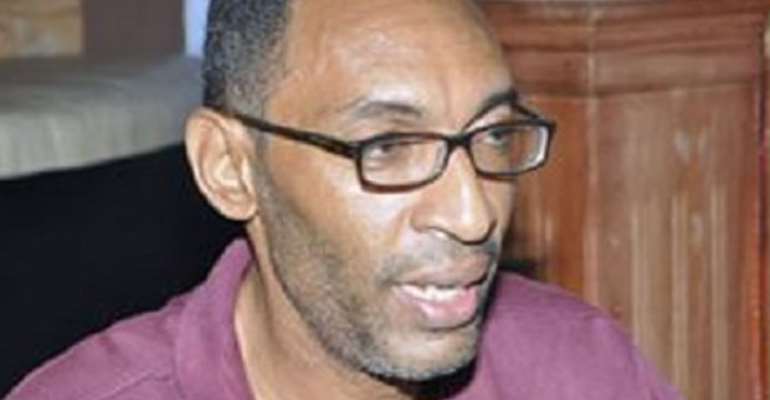 The Convention People's Party's (CPP) founder's son, Sekou Nkrumah has advised the party's leadership to fold it up and allow its members to join the opposition National Democratic Congress (NDC).

Describing the party as irrelevant, he wrote “I think it is time the CPP party fold up and allow members to join the NDC!”

Pouring out his heart on the state of his father Osagyefo Dr. Kwame Nkrumah's beloved party on social media, Sekou said “it is obvious to any political observer that the CPP has lost relevance in contemporary Ghanaian politics and that the party was long swallowed by the NDC party.

“Before the ban on party political activity was lifted in 1992 to pave the way for the general elections of that year, the main opposition group to the PNDC (then the government in power) was the Movement for Freedom and Justice ( MFJ). The aim of that political movement was to return Ghana to a multi party system of democracy. I belonged to this movement and was elected as the chairman of the Greater Accra Region.

“This movement was led by Professor Adu Boahene as chairman, with Jonny Hansen as vice chairman. It was made up of members from our traditional political divide (CPP and UP), together they worked to rid Ghana of military dictatorship!

“During those days there was an opinion that the movement transforms itself into a political party, a position I supported. But most of the old folks wanted a return to their traditional political parties hence, the formation of NPP representing the UP tradition and it became the largest opposition party to the NDC!

“A CPP party did not emerge at the time, what we had was a fragmented front—both in government (NCP) and in opposition (NIP, PNC and PHP)!”

The results of the 1992 elections confirmed, he said, how weak the Nkrumahist parties were.

Subsequent efforts to unite the front he said, led to the formation of the PCP.

By the 1996 elections, he went on, “the NCP came on board leaving only the PNC outside that unity! But what was more significant was the alliance formed with the NPP (dubbed great alliance)! And that saw the PCP capturing five seats in Parliament, the highest so far by an Nkrumahist party since 1992 (although NCP had six seats in 1992, which was due to the boycott of opposition parties)!”

He said, “when we fast forward to 2000 a similar pattern shows the Nkrumahist parties supporting NPP to victory.”

He said that subsequent elections put the CPP in a poor state, adding “clearly you can see the poor state of CPP over a period of almost three decades and with no improvement in their fortunes, I call for an immediate meltdown of the party and a transfer of the miserable remains to the NDC,” which he describes as the only leftist party in the country.