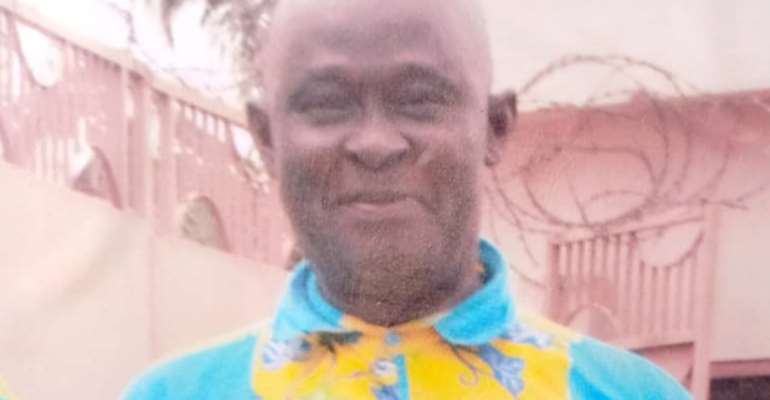 Nana Atta before his death

A 72-year-old retired teacher at Old Daamanin Asante Mampong has been killed by a fire he allegedly sparked himself.

Identified as Andrews Atta Kwadwo, known popularly as Nana Atta, the old man had started the fire to burn bushes around his uncompleted building.

It reportedly generated into an inferno due to the dryness of the weather, killing him in the process.

The sad incident happened around 11:30 am on Friday, Addai Brobbey, an eyewitness, disclosed, adding that some curious onlookers rushed to the place to rescue him but he was dead by then.

He stated that Nana Atta and his twin brother, identified as Lawrence Atta Poku, were together having a chat around 10:00am on Friday, and suddenly Nana Atta told his brother that he wanted to burn some bushes around his uncompleted building, but his brother objected to that.

Nana Atta, however, refused to heed his brother's advice not to burn the bushes, as he sneaked to the uncompleted building and started the fire.

The fire got out of control and started spreading at a faster pace. The old man took to his heels but he was caught by the inferno.

Some residents saw the fire and rushed to the place to put it out, only to find Nana Atta lying lifeless with his body heavily burnt.

Addai Brobbey said the body had since been deposited at a morgue in the area awaiting autopsy.