Portuguese hacker says he is behind Angola corruption leaks 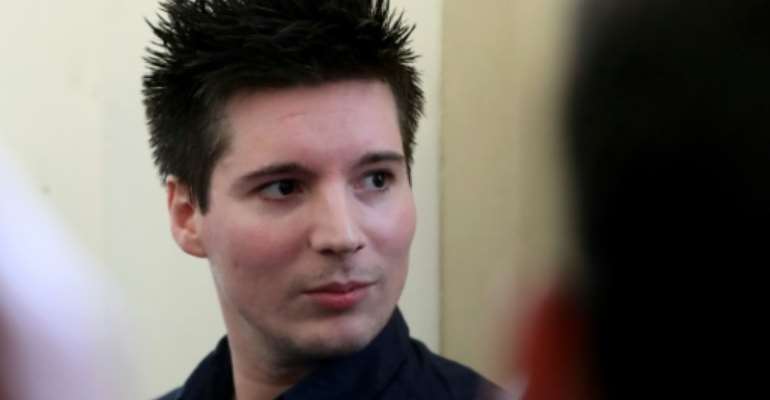 Rui Pinto is described by his lawyers as a 'very important European whistleblower'. By FERENC ISZA (AFP/File)

Lawyers for a Portuguese computer hacker said on Monday he was responsible for revealing the dealings of Angolan billionaire Isabel dos Santos, a corruption scandal with fallout across Europe and Africa.

The hacker, Rui Pinto, handed over a hard drive "containing all data related to the recent revelations concerning Ms. Isabel Dos Santos's fortune" to a whistleblowing organisation in 2018, his lawyers said.

The tycoon daughter of former Angolan president Jose Eduardo dos Santos now faces a slew of corruption allegations stretching across Angola's state oil and diamond industries and banks -- all of which she has denied in interviews from London.

Rui Pinto -- described by his lawyers as a "very important European whistleblower" -- is also behind the so-called Football Leaks, a series of stories about financial dealings and transfers involving clubs in Europe's top leagues.

The football revelations, which first appeared in 2015 and were eventually published in Germany's Spiegel and other European outlets, sparked criminal investigations in countries including Britain and France.

Pinto, 31, was extradited from Hungary last March over allegations that he hacked into the systems of investment fund Doyen Sports and tried to blackmail them in return for not publishing information he had taken.

His lawyers have argued that Pinto -- currently in pretrial detention in Portugal -- willingly stopped the blackmail attempt and turned whistleblower, publishing the documents rather than profiting personally.

But a Portuguese court decided on January 17 to go ahead with his trial on a total of 90 charges.

According to his lawyers, the hard drive Pinto handed over on the Angolan tycoon's finances provided the source material for revelations about "all the actors that might be involved in the fraudulent operations committed at the expense of the Angolan State".

The New York-based International Consortium of Investigative Journalists (ICIJ) -- which had also worked on previous financial scandals including the 2016 "Panama Papers" -- began publishing stories on dos Santos in mid-January.

The consortium said it had trawled more than 715,000 files and produced stories it said revealed a "broken international regulatory system". 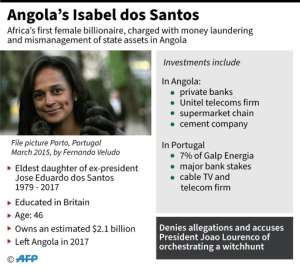 Within days, Angola's prosecutors announced charges against dos Santos, as the so-called Luanda Leaks scandal swirled around allegations that she had syphoned off hundreds of millions of dollars of public money into offshore accounts during her tenure at Sonangol, Angola's state-owned oil giant.

A Portuguese banker who worked for Eurobic -- in which dos Santos is the main shareholder -- was found dead last week in an apparent suicide. He was named in the Luanda Leaks documents and later described in media reports as her account manager.

Pinto had forwarded the hard drive to the Platform to Protect Whistleblowers in Africa and the ICIJ, his lawyers said.

He had "sought to help understanding complex operations conducted with the complicity of banks and jurists which not only impoverish the people and the State of Angola, but may have seriously damaged Portugal's general interest", the statement said.

Angolans call Isabel dos Santos "the princess", and she is Africa's richest woman according to Forbes, which estimates her assets at $2.1 billion.