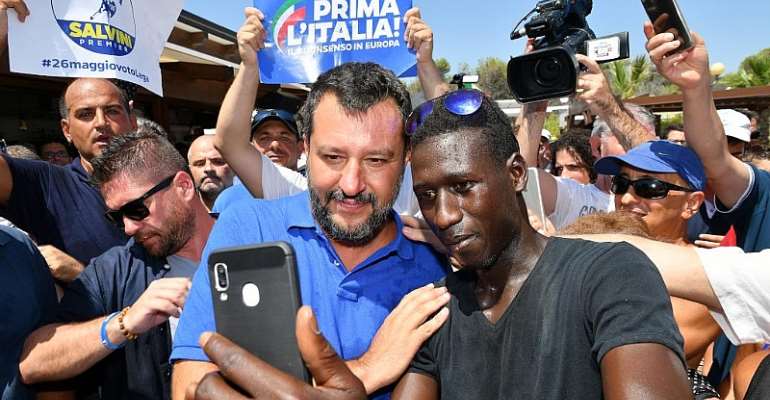 The far-right League had hoped to score a historic upset and force snap elections in the regional vote in Emilia Romagna, but a high turnout favoured the incumbent centre-left candidate.

The Democratic Party's (PD) Stefano Bonaccini won 51.36 percent of the vote against the anti-immigrant League candidate Lucia Borgonzoni's 43.68 percent, according to results released by the interior ministry on Monday.

The wealthy centre-north region of Emilia Romagna has been a stronghold of the Italian left for over 70 years, but while left-wing values still hold sway in its cities, the right had rallied serious support in towns and the countryside.

The League's defeat now makes it harder for the party to win other key upcoming regional elections, such as Tuscany and Puglia, where it hopes to sway voters to the right.

More Sardines!
Pre-election polls showed the League neck-and-neck with the PD, which governs Italy in coalition with the anti-establishment Five Star Movement (M5S).

Turnout in the key region was almost double at around 67 percent compared with 37 percent in 2014, possibly because of the support of the anti-populist youth-driven Sardines movement.

In the smaller southern region of Calabria, the candidate of former premier Silvio Berlusconi's Forza Italia, Jole Santelli, won fairly comfortably with 55.71 percent of the vote.