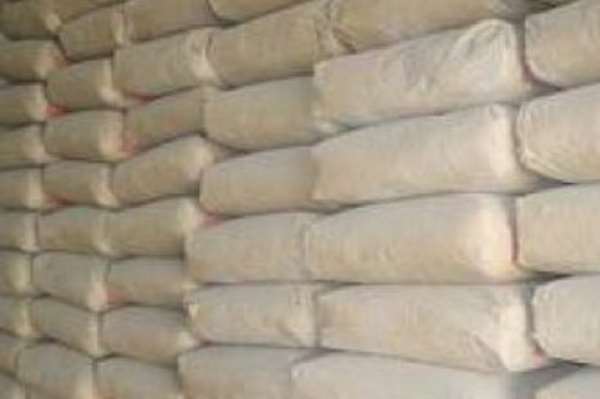 The Ministry of Trade and Industry has placed a ban on the issuance of permits to companies that want to set up cement processing plants in the country.

It is also taking steps to halt the importation of the product as part of measures to protect and encourage the growth of existing cement processing companies, a Deputy Minister of Trade and Industry, Mr Carlos Kingsley Ahenkorah, has said.

Speaking at the Customer Awards Dinner of a cement manufacturer, CIMAF, located at the Free Zones Enclave in Tema, in Accra last Friday, Mr Ahenkorah observed that the temporary ban and the restrictions on imports were meant to support the current eight cement manufacturers that operated in unfair competition.

"The ministry has taken note of the challenges in the industry and has decided not to increase the number of cement factories in the near future. Secondly, we have tried very hard to prevent the importation of the products into the country," he said.

With eight processors, he explained that the country’s installed capacity for cement production was about 13 million tonnes annually, but only half was utilised, leaving an excess capacity of 6.5 million tonnes.

For that reason, he said deliberate steps were also needed to ensure that the excess cement was exported to neighbouring countries.

Caution to manufacturers
While urging the manufacturers to maintain their prices at a reasonable level in the market, Mr Ahenkorah said the government would not hesitate to open the floodgates for imports to compete with the local manufacturers, should they form a cartel to increase their prices without consultations.

"The actions we have adopted will be in place for a very long time, except when the manufacturers decide to turn themselves into cartels to sabotage it”.

"This is because cement forms an integral part of the economic growth and development in Ghana and so, if you decide to increase prices of your product, it can change the political fortunes of a political party.

"So, we will not allow manufacturers to run away with the prices of the product.

When you do that without consulting us, we will also open the floodgates for import to come in to compete with you," he said.

However, Mr Ahenkorah expressed the optimism that it would not get to the point of reversing the above-mentioned actions because he believed the manufacturers would uphold and respect the arrangement in place.

Housing deficit
For his part, the Minister of Works and Housing, Mr Samuel Atta Akyea, said the government would support investors with the needed interventions that would help reduce the country's current housing deficit.

"With a population size of 30 million, it is sad that about one-third of us do not have decent accommodation and if the situation is not addressed, the country will soon run into chaos," he said.

Although most of the developers have been demanding a guarantee worth $2 million to build a 5,000 housing unit project, he stated that his office had been able to secure a new deal with a Moroccan firm without the guarantee arrangement.

As a result, Mr Atta Akyea said the firm, Addoha Group of Morocco, was set to partner the government to construct affordable housing units for Ghanaians.

The CIMAF Ghana also used the opportunity to cut a cake to mark its third anniversary celebrations in the country.

The Director in charge of Sales and Marketing, Mr Joseph Kobina Aboo, indicated that the year under review saw additions of other operators in the industry but CIMAF stood firm.

"As a sales and marketing person, it means more effort is needed. We tried our best but customers and distributors made us the best.

"Your loyalty is immeasurable. Your quest for quality was as strong as the CIMAF Cement. Not only were we able to meet your demands, we are proud to say you made us the people’s choice," he said.