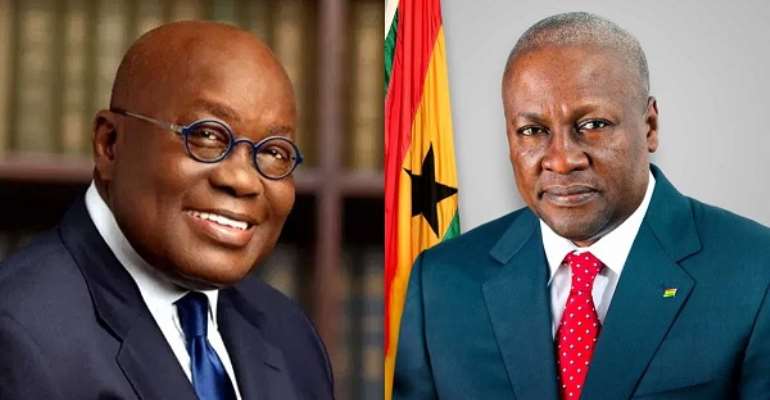 The National Commission for Civic Education (NCCE) will organise three debates for presidential candidates in three zones ahead of the 2020 general election.

The debates, which will be organised in collaboration with the Ghana Broadcasting Corporation (GBC), will be held in the Northern, Middle and Southern zones in September, October and November this year.

It will also organise debates for parliamentary candidates in all 275 constituencies and undertake door to door and dawn and dusk broadcast on voter turn-out from September to December.

The Director of Public Affairs of the NCCE, Mrs Joyce Afutu, told the Ghana News Agency in an interview that the commission would also roll-out civic awareness programmes to enable the public to demand accountability from public officials while intensifying education on electoral offences and sanctions.

Identifiable groups
She said the NCCE would also scale up engagements with identifiable groups on civic and voter education, show relevant documentaries and films in communities to promote non-violent political atmosphere and public education on the Public Order Acts.

She stated that as part of measures to increase public awareness, the NCCE would embark on door-to-door education on the electoral process to whip up voter turnout and broadcast civic and voter education messages using cinema and other vans.

“We will use radio and community information centres to educate the electorate on the need to participate in the elections and participate in election observation,” she said.

She added that as part of measures to minimise electoral violence, the commission had adopted measures to empower the youth to understand the tenets of the Public Order Act and the Code of Conduct of Political Parties to curb politically motivated violence.

Engagements
Mrs Afutu said other activities of the NCCE for the year included engagements with traditional authorities on Elections and Good Governance, Education on Environmental Governance, Child Protection — child marriage, child labour, among others.

She stated that the NCCE would also engage with identifiable groups and communities for education on elections to promote peace and tolerance and hold TV, radio, discussions on the Constitution Week celebration.

During the 2020 Constitution Week celebration, the commission would also engage security services, corporate and professional bodies, engage with people living in places identified as hot spots for peaceful election and education for first time voters in educational institutions.

She said the commission, in collaboration with the National Peace Council and Small Arms and Light Weapons Commission, would also hold meetings with stakeholders on conflict management in constituencies and sensitise the public to political party vigilantism.