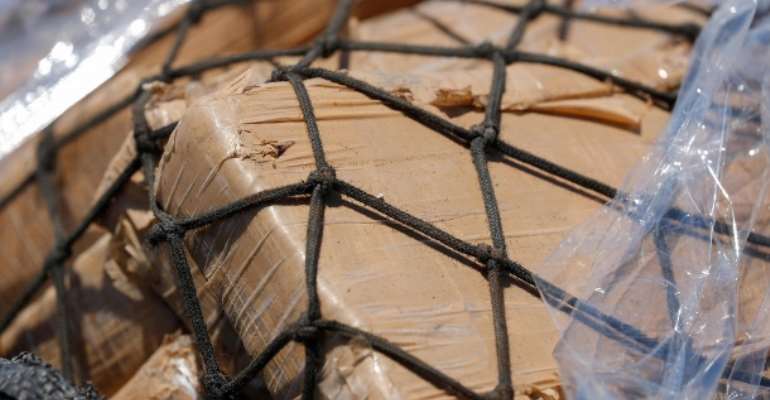 Greek investigators have seized more than a ton of cocaine.

The narcotic was smuggled in a sailing boat on which undercover agents had been travelling for two years.

Greek narcotics investigators dug up an eight-man drug gang and seized 1.1 tons of cocaine worth about 50 million euros. A video, which the police released over the weekend, shows countless bags with the narcotics, next to which two of the arrested people are sitting, their hands handcuffed behind their backs.

The success of the search was preceded by dangerous police work, as reported on Sunday by the Greek newspaper "To Proto Thema". Two undercover investigators are said to have travelled halfway around the world for two years with the alleged smugglers on a sailboat, until the gang finally brought the goods to Greece and were arrested.