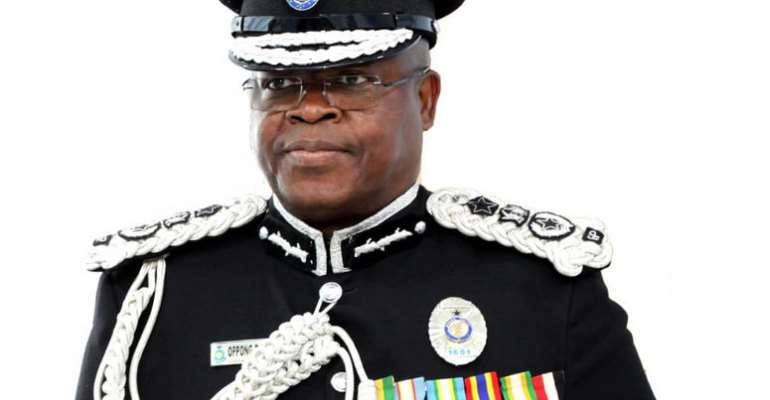 Residents and developers at Gbetsile Obeyeyie, a developing community within the Kpone Katamanso Municipality are living in fear as a result of the increasing land guard activities within the area.

The situation is brewing high tension in the community.

The landguards are alleged to be working for the Gbetsile Chief and one Alhaji Alkakade.

According to information, these landguards do not only cause damage to uncompleted buildings and footings of developers but also infringe machete wounds on residents and developers.

The community which hitherto was a peaceful one has been inundated with activities of land guards in recent times.

The situation has become a source of worry for both residents and developers.

A developer, Daniel Acheampong noted that " this is not the first, second or third time we are being attacked and our properties being destroyed by land guards purported to be working for the Gbetsile Chief and it is becoming alarming as we live in fear" he said

"When I bought my land years ago Gbetsile had no chief and I was developing in peace until this chief came. The chief upon assumption of office told me I needed to pay some commitment fee of Ghc 2500 to the stool before I could continue with my project which I paid. But, a year after paying the said money I am told the receipt has expired and I needed to renew it before I could continue my building project. As a result of that, land guards allegedly from the Chief palace had to beat my workers and threaten to infringe machete wounds on them if they dare continue to work. So without any option, I had to pay them another money to enable me continue with my project"

Several other developers and residents complained of the intimidation and brutalities they face in the hands of these weapon wielding landguards.

The Chief of Gbetsile, Nii Teye Kojo Amankwah Sune I, however dismissed the allegations of using landguards to terrorize and intimidate residents and developers.

According to him, "I have never engaged the activities of landguards and never will I do so because I know the law and the law indeed frowns on the use of landguards and so I debunk that allegation. The only time I destroyed someone's project was when a land my father gave me was being encroached upon by some developer so I sent my brothers together with a machine to go and level the foundation, leaving the fence wall that has been built around the land; it was not even a footing but a foundation that was leveled; he noted. I am a peace loving person and will not do anything against the law". He explained.

Some of the developers at Gbetsile Obeyeyie few months ago had their footings and structures graded by one Alhaji Moro Alkakade who claims to be the legitimate owner of the lands in question.

According to Alhaji Alkakade he acquired the said land from the Gbetsile Chief and has been given the necessary documentation covering it.

He said the lands he acquired have been encroached by developers and that he will takes the necessary steps to clear the site.

When asked by the reporter whether he will seek a court order before carrying out any demolition at the site, he said there was no need to go to court because he had legitimate documents.

"Why should I go to court? Go to court for what? I acquired the land from the Gbetsile Chief who told me it was a stool land so now that encroachers have developed illegally on my land, I will clear them from the land and there is no need to go to court for any court order to carry out any demolition at the site because the land is for me and I have legitimate document from the stool,” He said

When asked whether he had conducted a search on the said land, the Alhaji explained it was not necessary because the chief gave him his word before acquiring the land.

Residents are calling on the Inspector General of Police and relevant security agencies to come to their aid as their lives are in danger.

According to them, several reports made to the Emef and Gbetsile police has not yielded any result and the landguards continue to operate with impunity.

Meanwhile, a visit to the site showed building projects that have been destroyed.