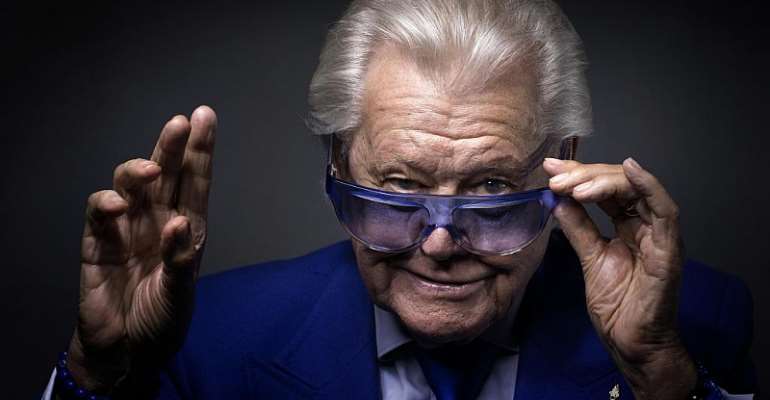 Better known as the "man in blue" for the colour he was famously decked out in, top to toe, Michou has been described as a mythical figure of Paris nightlife.

Born Michel Catty, Michou was awarded the Légion d'honneur in 2005.

A drag performer in his own right, Michou, he opened his cabaret in Montmartre, known for its can-can dancing, nightclubs and sex shops, in 1956.

It hosted celebrities and unknowns to dinner shows of burlesque performances that soon became the talk of the town.

It became an international reference when it inspired the film "La Cage aux folles" later remade in English as "The Birdcage".

Every evening, the dancers known as the "Michettes" climbed on to the tiniest stage in Paris to mimic the celebrities of the moment; "but never in an insulting way!" insisted Michou at the time.

"For many, Michou's sense of humour and legendary kindness surely has a lot to do with the success of his shows," the website added.

"Paris is a very drag-tastic place as far as I'm concerned,” writer and 'bon vivant' Simon Doonan told RFI in November, citing Chez Michou and the French equivalent of the swinging sixties as key players in the history of drag, which feature prominently his compilation Drag the Complete story.

Michou published his memoirs under the title "le prince bleu de Montmartre", in 2017.

At the time he expressed his wish to be buried in a blue coffin and that the cabaret he created should close down upon his death.