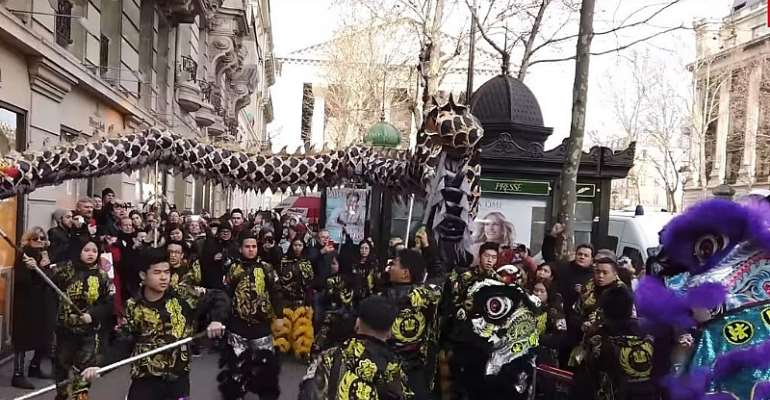 Paris and Bordeaux have cancelled street parades organised to mark the Chinese New Year after French authorities confirmed three cases of the novel coronavirus in the country this week. This comes as France's Prime Minister was set to attend an emergency meeting over the health crisis.

Saturday was the day when the Chinese community in Paris were set to celebrate the first day of the year of the Rat, according to the Lunar New Year.

However, on Sunday morning, Paris mayor Anne Hidalgo announced on Europe 1 radio that the parade through the Republique district had been cancelled.

"Yesterday, I met members of the Chinese community in Paris who themselves wished to cancel the procession," the mayor told reporters.

"The principle of precaution takes precedence," she added.

Hidalgo did not specify whether other New Year's celebrations planned for the coming days would also be called off, including the main, yearly procession in Paris' so-called Asian quarter, set for next Sunday.

Earlier on Saturday, organisers of a parade in the southwest city of Bordeaux also decided to cancel a parade in the city due to the confirmation of a case of coronavirus at a hospital there.

Three patients being monitored in France
On Friday, France's health ministry said three people who had recently travelled to China were confirmed to have contracted the virus the first cases in Europe.

All three were "very well", according to France's director-general of health Jerome Salomon.

Health officials were tracking other people the three had been in contact with.

Meanwhile - France on Sunday put in place a medical team of several dozen experts at Paris' Charles de Gaulle airport to take charge of any arrivals with possible symptoms of infection with the contagious virus.

French carmaker PSA on Saturday said it would repatriate expat staff and their families -- 38 people in total -- from Wuhan.

They would be quarantined in the city of Changsha, 300 kilometres (180 miles) from Wuhan where the virus originated, before being allowed to return "to their countries of origin", the company said in a statement.

There are an estimated 800 French expats living in the Wuhan area, the epicentre of the outbreak, which is believed to have been transmitted from bushmeat sold at a food market.